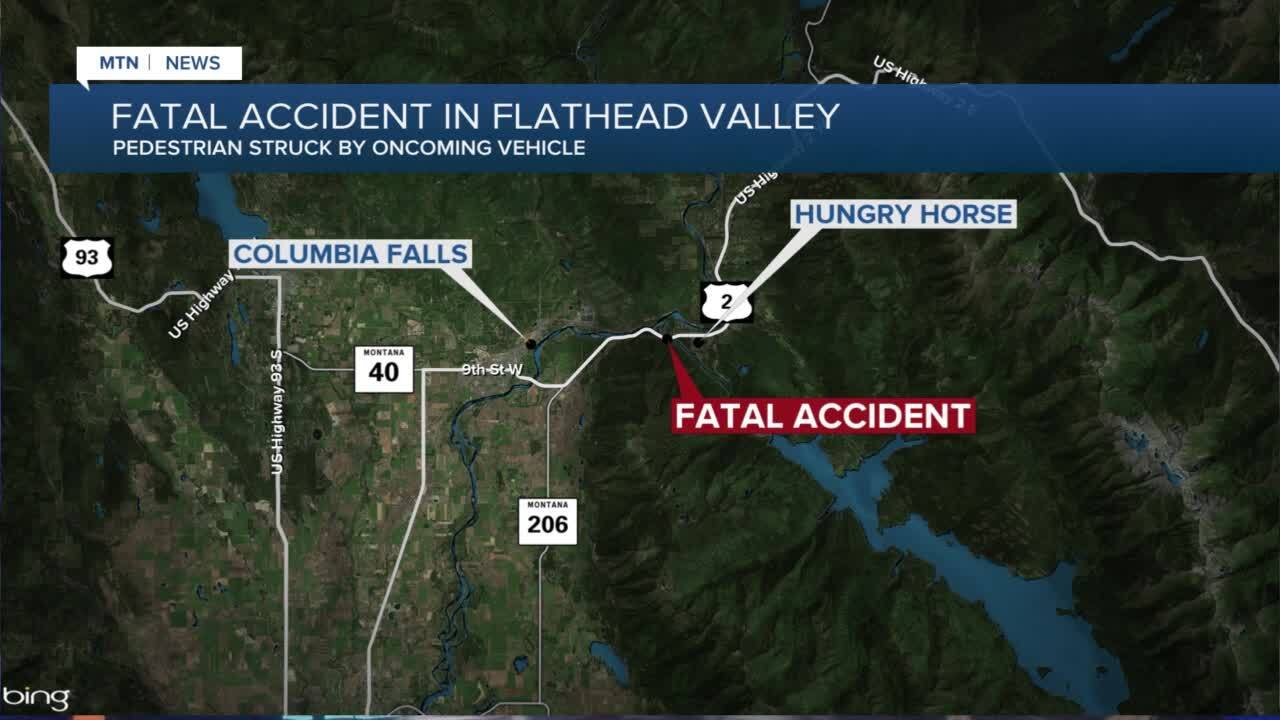 KALISPELL — Authorities have released the name of the pedestrian who died after being hit by a vehicle in the Flathead over the weekend.

The Flathead County Sheriff's Office reports Christina Vlieland, 58, of Hungry Horse died after being hit by a vehicle on Saturday evening.

Flathead County Sheriff's deputies responded to the area of US Highway 2 and Third Street West in Hungry Horse at 8:30 p.m. for a report of a pedestrian hit by a vehicle and was pronounced deceased on scene.

The Montana Highway Patrol is investigating the incident.