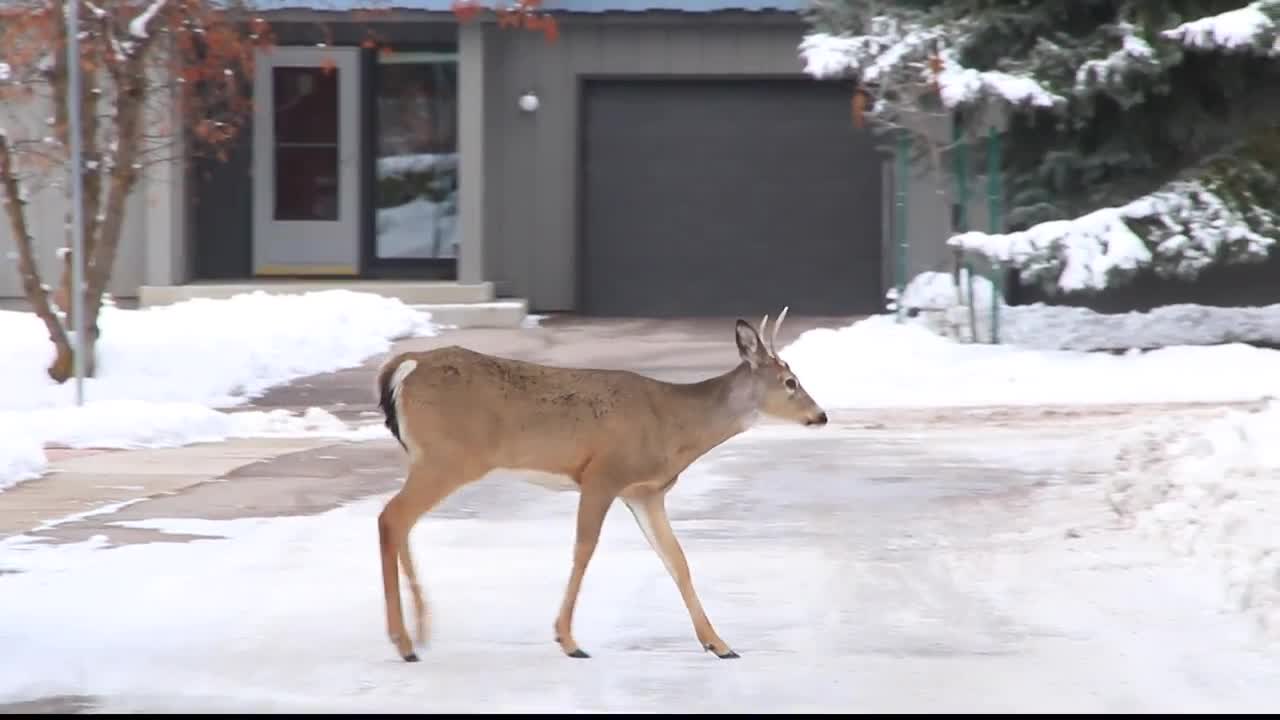 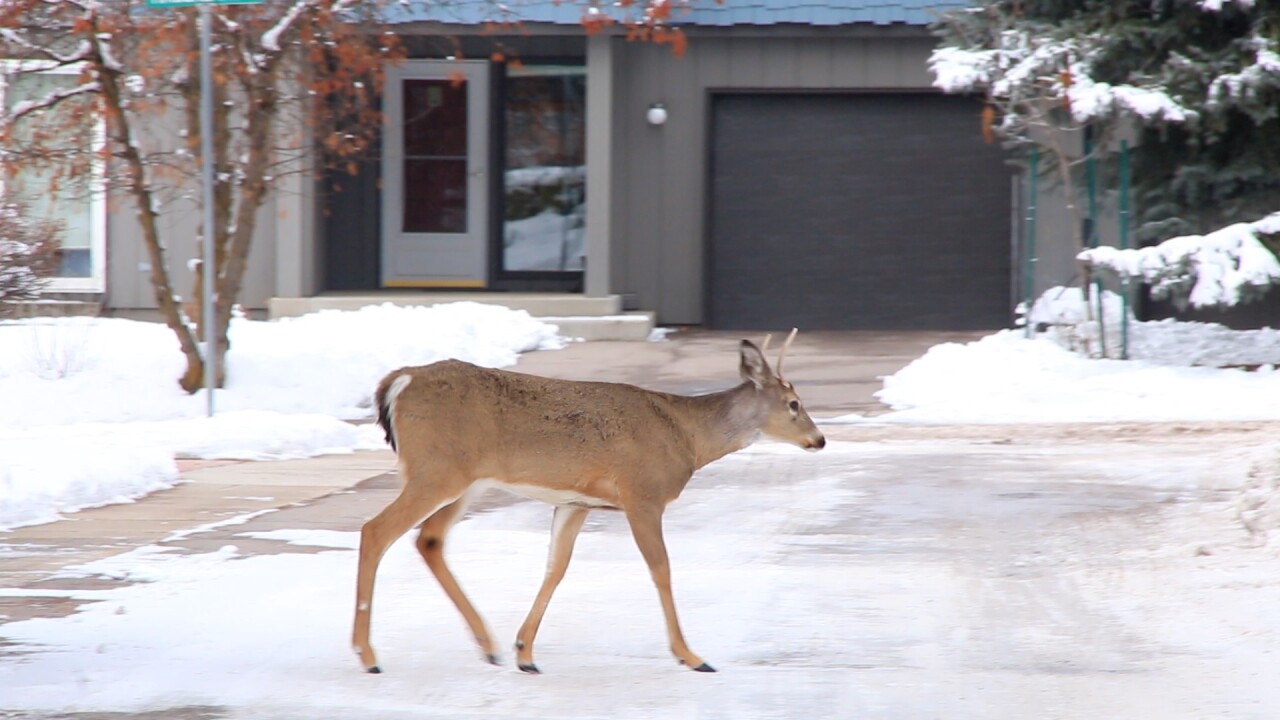 MISSOULA — Missoula's urban deer population is back in the conversation, as city leaders hear increasing complaints, and concerns, about the city's hoofed residents.

But they told MTN News they need a lot more data before deciding the scope of the problem, and what to do about it -- and that starts with getting an accurate population estimate.

Drive through any of Missoula's more wooded neighborhoods and you'll be dodging deer. Miller Creek, the South Hills, the Rattlesnake and more each have their own resident herds.

It's not just during the cold winter months as deer wander through front and backyards all year round -- basically fearless -- and at any time of the day.

The last time the Missoula City Council dealt with the question, biologists came up with recommendations for fencing and vegetation to ease the conflicts. But now, council members are hearing even those measures aren't working.

It's not just the number of deer, but the growing concern of what might happen if the outbreak of disease, such as chronic wasting disease (CWD) becomes a problem.

"If and when that is an issue in the Missoula area, the first responsible question that folks are going to be talking about is, 'well, what's the size of the population’?” von Lossberg pointed out.

That's where von Lossberg has enlisted help of a University of Montana class to help get more updated estimates on the number of "urban deer" in the Missoula city limits.

Additionally, von Lossberg hoping to learn more about the latest management strategy for controlling deer herds in town. The city is far from the point of culling or controlling the deer population. He says without the count they don't know what the action plan would be.

"No. I could not emphasize that enough. There is no program being launched. There's not a 'turkey shoot' that's happening up against some hillside,” von Lossberg said. We're trying to get a handle on population and a review of what is out there from a management strategy standpoint."

Eventually, von Lossberg believes the city would want to not only know how many deer are out there, but what are resident's toleration of their presence, as well as the question of whether the deer are attracting predators like mountain lions, into neighborhoods. But first comes the count, and a review of management options.

"These are the first order responsible things to do, even independently of the CWD situation, but even more so now that we have that dimension,” von Lossberg stated.

Helena has spent tens of thousands of dollars per year controlling its urban deer. However, von Lossberg notes that the Capitol city's problem is mainly with mule deer, while Missoula has more whitetails, which represent different management challenges.