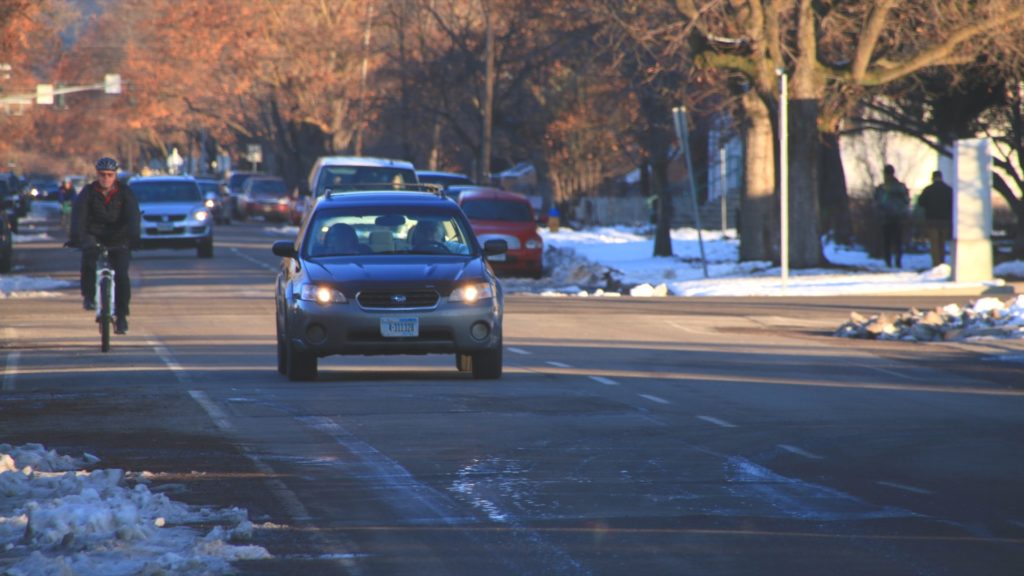 MISSOULA – Missoula City Council members could give final approval Monday to a plan that would consolidate traffic on two busy crosstown streets into a single lane.

For years, Missoula leaders have discussed options for changing traffic on 5th and 6th streets, which run east and west. The two streets were already converted to a one way street couplet several years ago, but the city has had some interest in changing that configuration.

There are several objectives. One is driven by speeds and the number of accidents and the interest of improving safety. But at the same time, there’s been a push to improve the two streets for bicycle and pedestrian traffic. There are already bike lanes, but combined with parking and the already narrow street, there’s not much room for error.

On Wednesday, the city council’s Public Works Committee endorsed the latest proposal to do a new configuration that would compress all traffic into a single lane on 5th and also on 6th, although there would still be turn lanes at major intersections like Orange Street.

The idea has drawn fire from business leaders, who are afraid it would create more congestion.

Although there’s no specific proposal for when the change could happen, or funding, the idea will be considered by the full city council this coming Monday night.