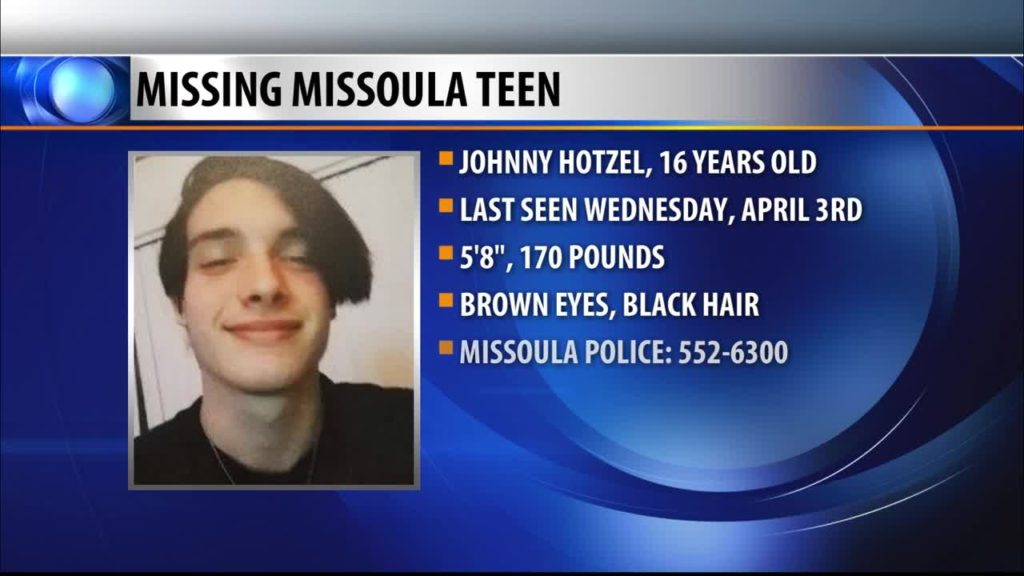 MISSOULA – Local police are asking for the public assistance in locating a missing Missoula teen.

Missoula Police say Johnny Hotzel, 16, was reported missing by his parents who say they dropped him off at Big Sky High School at 9 a.m. on April 3rd.

His parents learned that Hotzel did not attend any classes that day.

Hotzel is described as having a pierced tongue, and was believed to be wearing grey sweatpants when he was dropped off at school.

He is a white male standing approximately 5’8″ tall and weighs about 170 pounds. He has brown eyes and black hair.