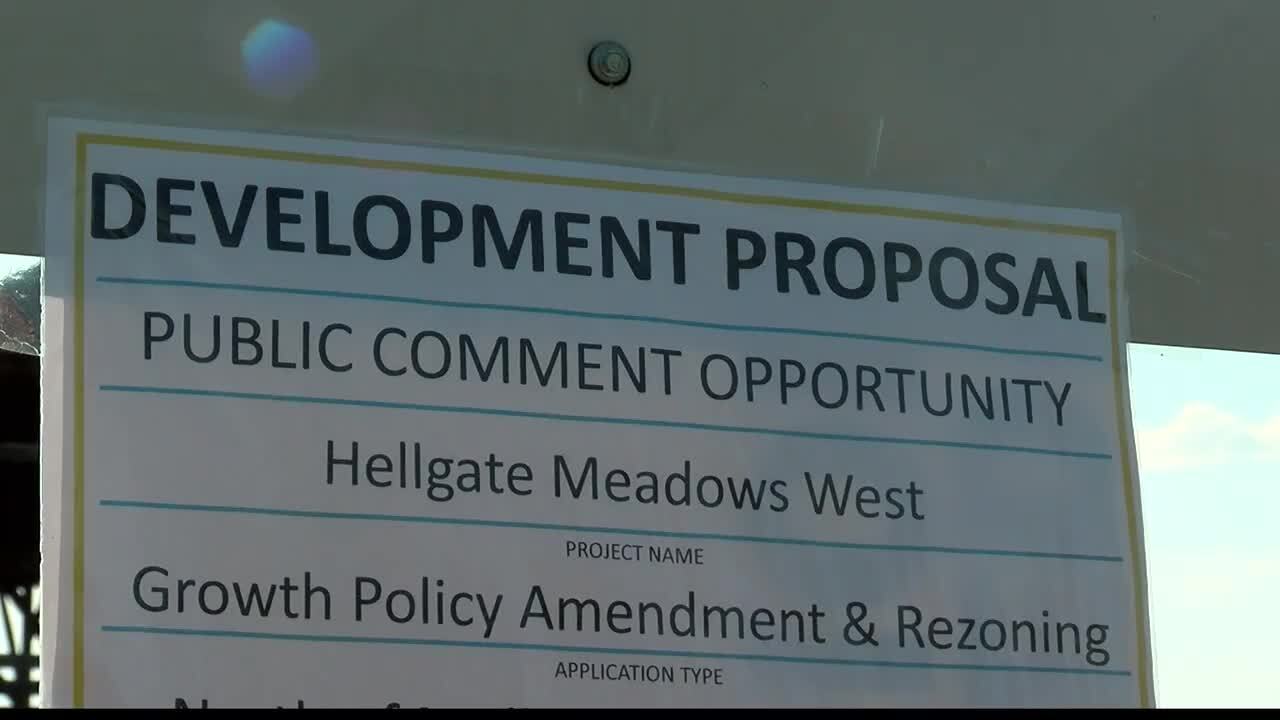 MTN News
The Missoula City Council heard from multiple residents in opposition of the Mullan Road proposal during a public hearing.

MISSOULA — The second significant housing project pending a decision by the City Council was held in committee Wednesday, where members debated the language of a development agreement pinned to 57 acres off Mullan Road.

The agreement is needed before the council can consider the developers’ request for a zoning change, which requires the city to amend its growth policy.

“We’re hoping we can come to an agreement and changes aren’t substantial and we can get it signed,” said Mary McRae with Development Services. “This agreement is contingent upon zoning action by the City Council.”

The agreement was volunteered by the project’s developers and their representative, the WGM Group, in an effort to put opponents at ease. But the proposal has since become a requirement, and without it the council won’t consider the zoning request needed to accommodate the development.

With the process now clear, members of the council set out Wednesday to “wordsmith” the document, as they put it, saying it will serve as a guide for other projects looming on the horizon.

The area between Mullan Road and West Broadway is the subject of a large federal grant that could provide $23 million to install needed infrastructure ahead of future growth. A separate planning effort is also set to begin this winter for the larger region west of Reserve Street.

“A lot of the development that happens in this area will similarly be guided by these kinds of development agreements,” said DiBari. “It’s a way we can have ongoing conversation with the neighbors and the development team. I feel the work we’re doing today with this document is really important. It will set perhaps the tone and trajectory for what happens moving forward.”

As proposed, the development agreement makes a number of pledges. Among them, it proposes a density similar in scale to existing neighborhoods, including Pleasant View and Hellgate Meadows. It limits building heights, proposes a 3.7-acre park and connects Mary Jane Boulevard to Mullan Road.

The proposal would be similar in density to the neighboring Hellgate Meadows and Pleasant View subdivisions. (Martin Kidston/Missoula Current file photo)While the agreement was written in cooperation with the development team, the Mayor’s Office, Development Services and the City Attorney’s Office, members of the council took issue with certain words and phrases.

They spent much of Wednesday afternoon debating terms like “substantial compliance” versus “general compliance,” opting for the former over the latter.

“We’re splitting hairs about providing some level of flexibility for the developer and some level of surety for the community,” said DiBari. “The reason why were working on crafting a development agreement is to provide as great a degree of surety as possible.”

He added, “I totally appreciate the position the development team is in with this. But I think we’re angling toward having a greater sense of where those things actually are, what types of buildings will go where, what the parkland is going to look like, and how we talk about the circulation pattern.”

Nick Kaufman, senior land use planner with WGM Group and a project representative, urged the city to stick with general compliance, given that the master plan was still in the conceptual phase. To require substantial compliance so early in the process could handcuff developers and engineers.

The council was unmoved and agreed to change the language to substantial. Along the way, it listed a number of other word choices and phrases it plans to explore in the coming weeks.

Several members of the public also urged the city to deny the project completely.

“It could potentially set the tone of the substantial development that’s ahead of us in the area,” said opponent Kevin Davis. “It’s critical to consider where you are with this, and the options you have to say no to rezoning. We’re still not comfortable with what rezoning can mean for this area, and what it could eventually lead to on the parcel itself.”