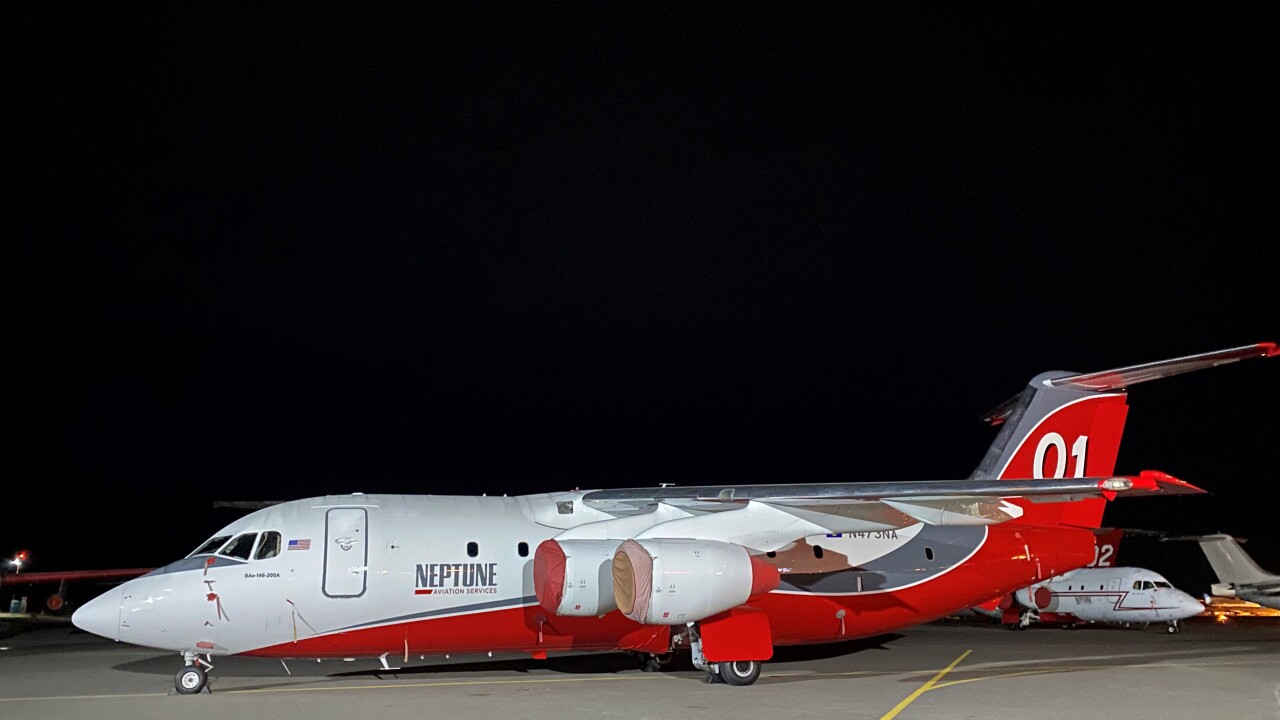 MISSOULA — It may be the "off-season" for Neptune Aviation but work is already underway to get air tankers ready for this year's fire season, and for some, that means a new look when they take to the air.

The Missoula-based company has been using the same red and white paint scheme on its tankers since it began converting to the BAe jets nearly a decade ago. The planes have become a familiar sight across the country, leading the transition to "next-gen" tankers.

But now, Neptune is changing it up some, debuting a new livery for the tankers. The new paint scheme, seen here for the first time on Tanker-01 continues the white and red theme, but adds a swirled gray stripe, matching up with the colors used in Neptune's logo.

A company spokesman tells us the transition to the new paint scheme will take place over the next two years, so there will be a mix of colors on the Neptune jets during this fire season.