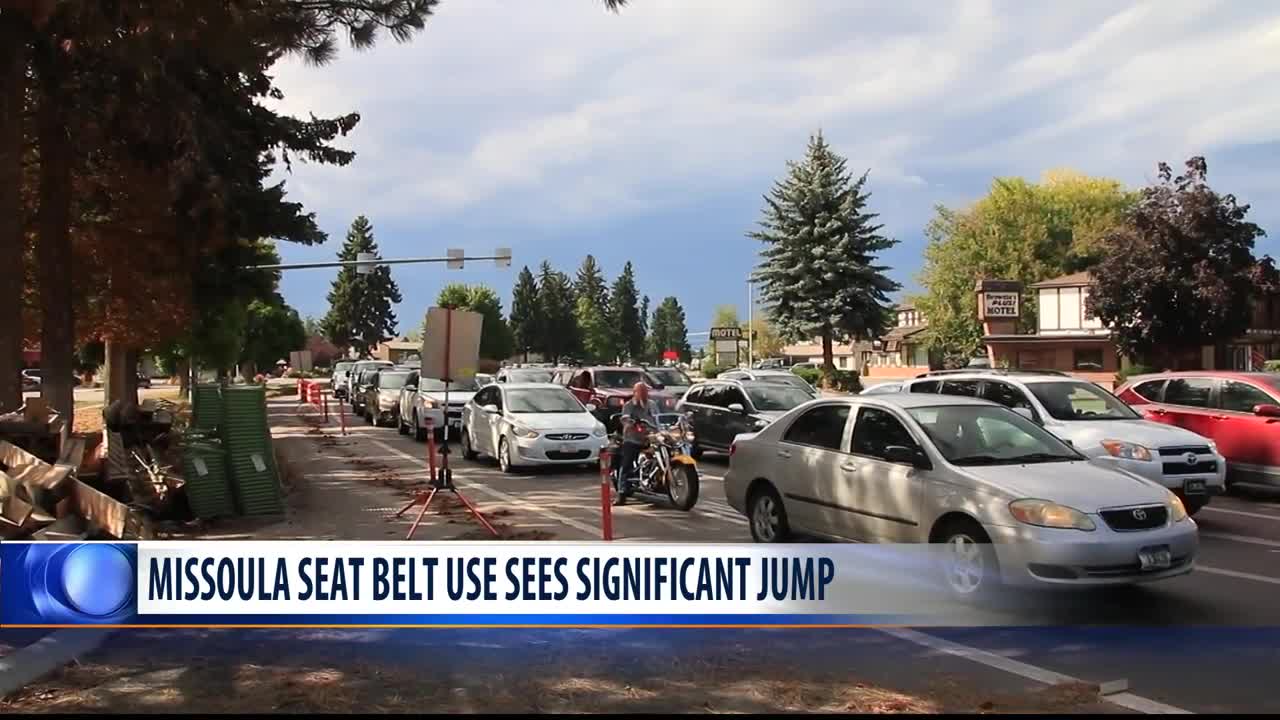 MISSOULA — Missoula County drivers are doing a much better job of using their seat belts with the latest survey showing an improvement of nearly 25%.

Buckle Up Montana makes periodic checks to see how we're doing when it comes to buckling up. It's an important barometer to see if the message that seat belts save lives is getting through to not only drivers, but their passengers.

Officials with the Missoula City-County Health Department surveyed traffic at 11different locations throughout Missoula in mid-September. They did visual spot checks on more than 5,200 cars, checking for both driver, and passenger belt use.

The results are encouraging, with more than 4,800 of those cars showing people using their seat belts. That works out to 92%, a nice increase since from the 76% during last year's check. Even more pickup drivers were belted, according to the survey -- which has always been challenging in the past.

Buckle up Montana and law enforcement have also been increasing the message of how critical seat belts are to saving lives and there have also been more clinics encouraging proper use of car seats.

Additionally, several school districts -- including Missoula County Public Schools -- have been starting to add seat belts to school buses to keep students safe in case of an accident.

While 8% of Missoula drivers weren't using their seat belts, the 92% number is a vast improvement from the first survey in 1987, when only 34% of drivers and passengers were using seat belts.

In Montana, using you seat belt is a secondary violation, meaning you can't be pulled over for not wearing one. But if stopped for another infraction, you could be cited.