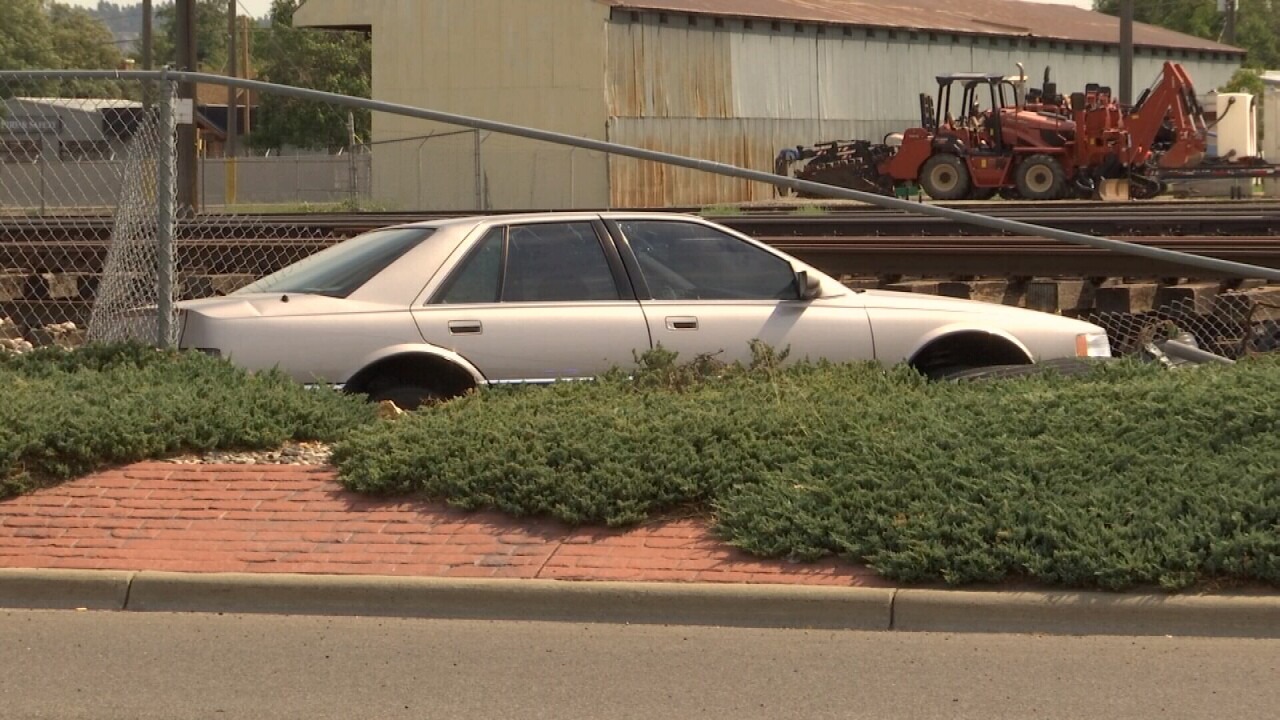 Around 1 p.m., Trooper Jared Delaney asked dispatch to run the license plate of a 4-door Cadillac and the vehicle came back as stolen, Beehler said.

Delaney turned on his lights and sirens in the area of Monad Road and 20th Street West attempting to pull the vehicle over, but the male driver did not stop.

The chase continued through side streets reaching speeds between 35 - 45 miles per hour, Beehler said. When they reached larger streets like Broadwater Avenue and Montana Avenue speeds were into the 60 mile per hour range.

Delaney performed a PIT maneuver on the Cadillac while driving on Montana Avenue near its intersection with North 31st Street. The vehicle went up the embankment on the right side of the road, crashing through a chain link fence on property owned by the railroad.

The car was occupied by the male driver and one female passenger. The woman was apprehended near the crash scene. Beehler said the woman had one misdemeanor warrant, but she would not go to jail to cut down on overcrowding.

The man ran away on foot and was able to make it to the Garfield School before authorities used a taser to bring him into custody, Beehler said.

Beehler said drugs were a suspected factor in the chase.