Outside group drops $687K on ad for Williams in gov race 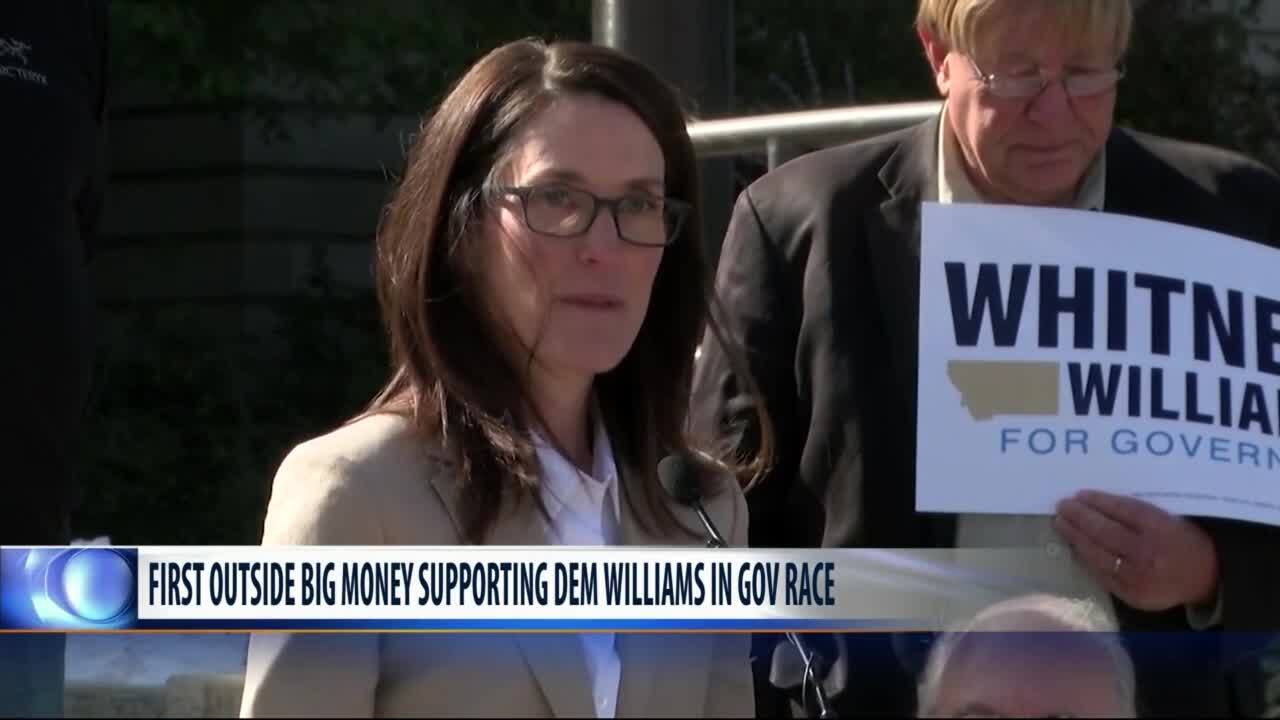 Williams, a businesswoman from Missoula, is running against Lt. Gov. Mike Cooney in the June 2 Democratic primary. Mail voting has been under way since May 9.

The ad compliments Williams for her opposition to the proposed Black Butte copper mine north of White Sulphur Springs and said she is the “clear choice for governor” on the issue of protecting public lands.

Cooney’s campaign on Tuesday denounced the effort as an attempt by outside money to buy Democratic votes in the primary.

His campaign manager, Emily Harris, noted that Cooney has raised more than $770,000 in almost a year of campaigning, but that “in one fell swoop,” an out-of-state political action committee is spending almost that much in the final two weeks of the primary campaign “to manipulate and rig the outcome of Montana’s Democratic primary.”

Three Republicans and a Green Party and Libertarian also are in the governor’s race, which is for an open seat.

The Emily’s List group, Women Vote!, is a federally registered “Super PAC” that reports its spending and donors monthly. Its spending in May won’t be reported until June 20.

A spokeswoman said the group tends to make “data-driven decisions” on which races to spend its money.