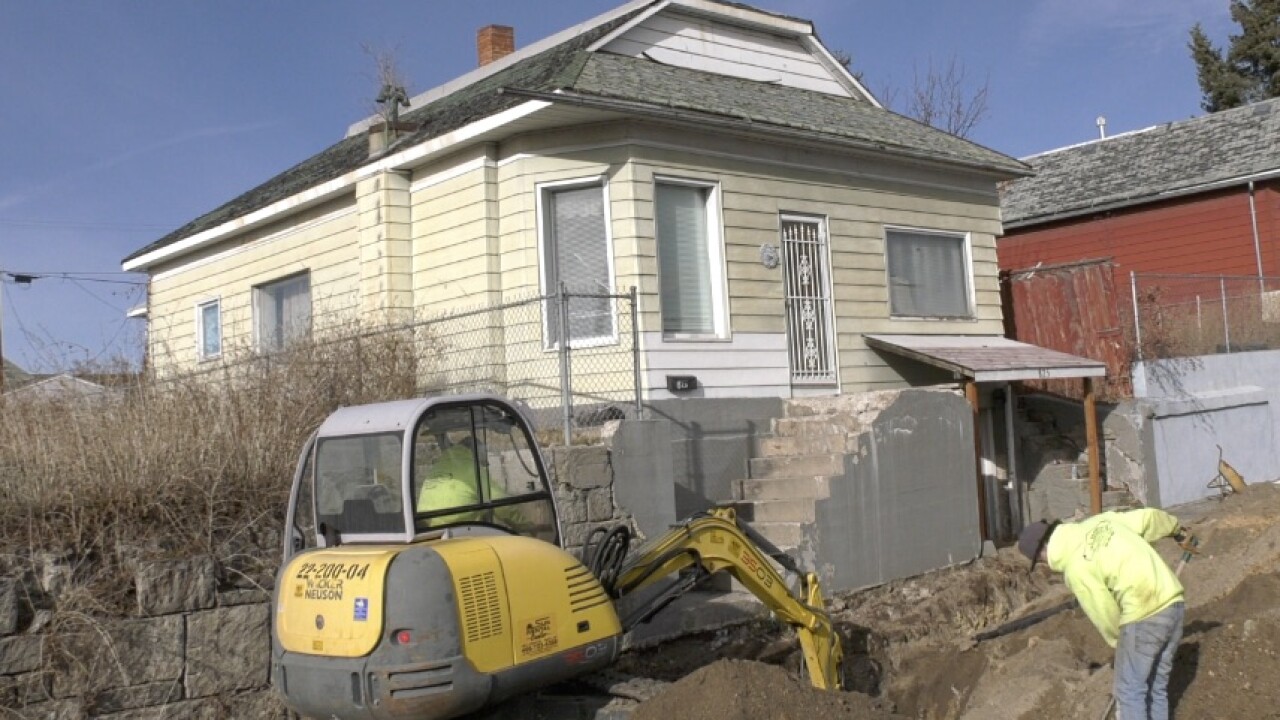 BUTTE — Mairlyn Westmoreland has been battling cancer and living without running water in her home in Butte for seven years since her sewage pipes have been broken.

The past few years have been hard ones for her and her family.

“We thought the world was pretty cold,” said Westmoreland.

Her friend Dan Curnow was obligated to help her in any way.

“She’s been struggling, and I just couldn’t watch her struggle anymore,” said Curnow

He enlisted the help of Butte contractor Charlies Davies, along with donations from many local businesses, to install new sewage lines and get running water back in her home.

Plus they are doing the work for free.

“I get emotional whenever I think about it. People in Butte have been amazing. Without them this wouldn’t happen,” said Curnow.

For Mairlyn, the world became much warmer.

A crew with Charlie Davies Enterprise was just doing concrete work not far from her home. But when they heard this woman’s story and found out she needed help, they didn’t hesitate to offer their skillset to this project.

“You know, we’re all good Butte guys here, so we like to help people out,” said Bob Rader who works for Charlie Davies.

Volunteers say running water could be hooked up to the home by next week.