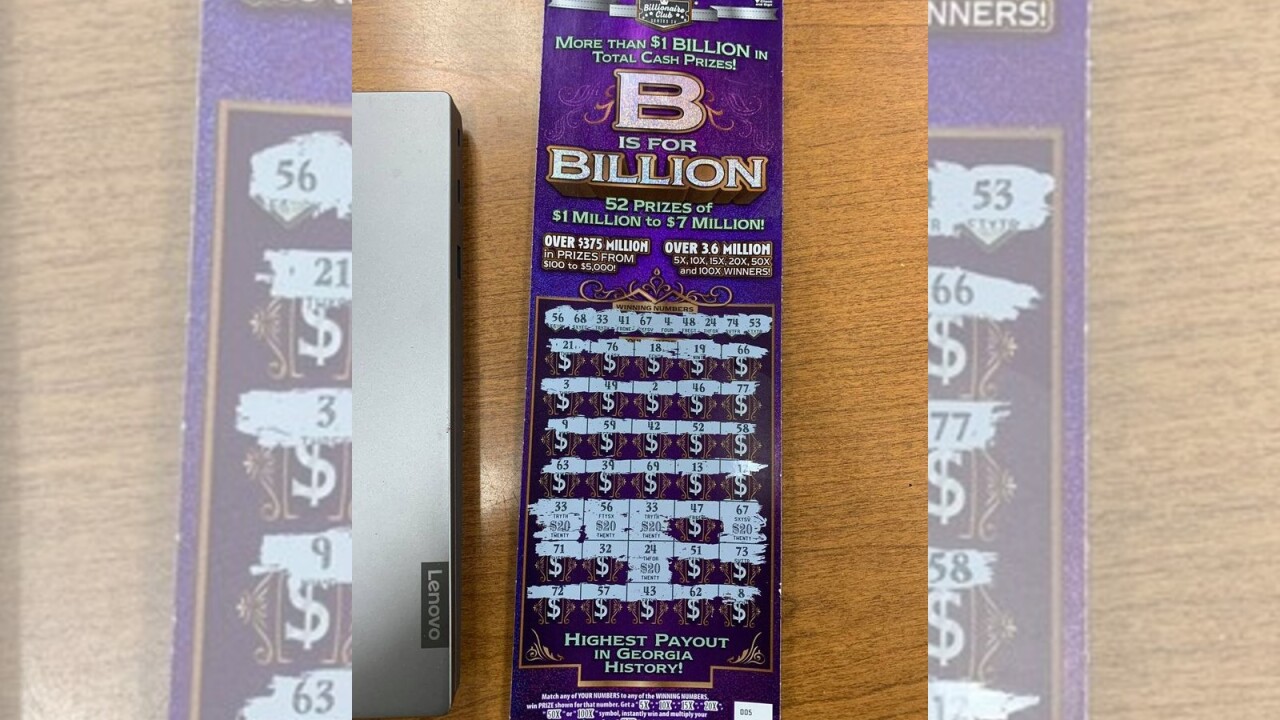 Cherokee County Sheriff's Office
An image of a winning lottery ticket left behind by a suspect.

Georgia deputies had some fun on social media while searching for a suspect who had taken off, leaving some personal items behind.

Deputies pulled over a car for a tag violation earlier this week, the passenger took off running leaving the car and other belongings behind.

While deputies searched for the passenger, they took to social media to try and entice the man to come in.

“To the suspect who ran on foot from our deputies on a traffic stop this morning on I-75, you left a winning $100.00 lottery ticket in your vehicle. You can claim your ticket at 498 Chattin Dr. in Canton. It will be here waiting for you. Congratulations by the way,” the Cherokee County Sheriff’s Office posted, along with a picture of the winning lottery ticket.

A short time later, deputies updated the post saying the suspect was in custody.

“And yes he will get his lottery ticket back but we are keeping his methamphetamine,” deputies posted.

The ticket had been found in a backpack left in the car, where deputies found the methamphetamine.