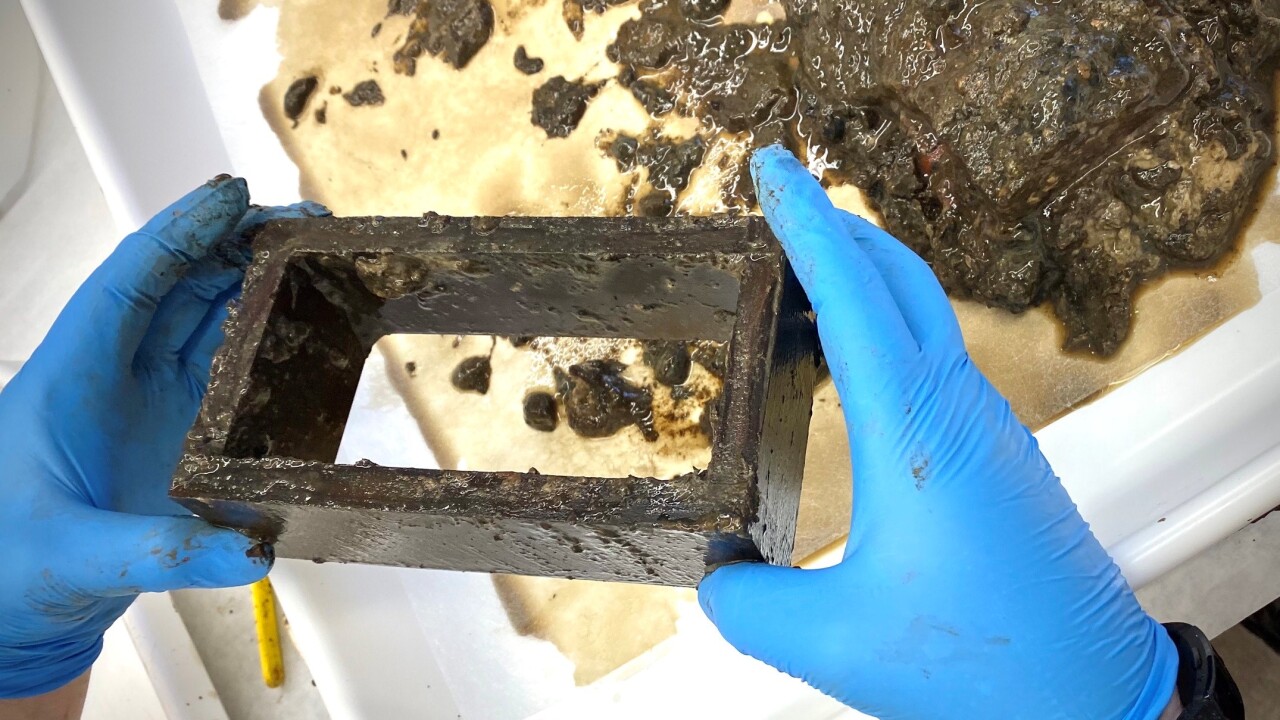 North Carolina Department of Natural and Cultural Resources
Remains of a wooden box found in a time capsule underneath the the Confederate Soldiers Monument in Raleigh, North Carolina.

Some buttons, horse hair, and other items believed to have belonged to Confederate General Robert E. Lee and other leaders at the time, were found in a metal box beneath the Confederate Soldiers Monument in Raleigh, North Carolina.

The monument was a large white pillar with a statue of a confederate soldier on top, erected in 1894. Governor Roy Cooper ordered the removal of the statue and two others from the grounds of the state capitol last month after others in the city were toppled.

Archaeologists and conservators from the North Carolina Department of Natural and Cultural Resources received the time capsule Monday, as part of the base of the monument was removed.

The metal box did not age well; it had rusted in places leaving the items inside to be damaged by the elements. Some of the items recovered include a wooden box, a stone thought to be from Gettysburg, two buttons attached to fabric, and a strand of horse hair.

A newspaper clipping from 1894 lists the items included in the box at the time. It lists buttons from Confederate Gen. Lee’s dress coat were included, as well as a strand of horse hair “plucked from the tail of Gen. Lee’s horse,” a Confederate songbook, Confederate money and Confederate flags.

Preservation work on these items and the metal box itself has begun.