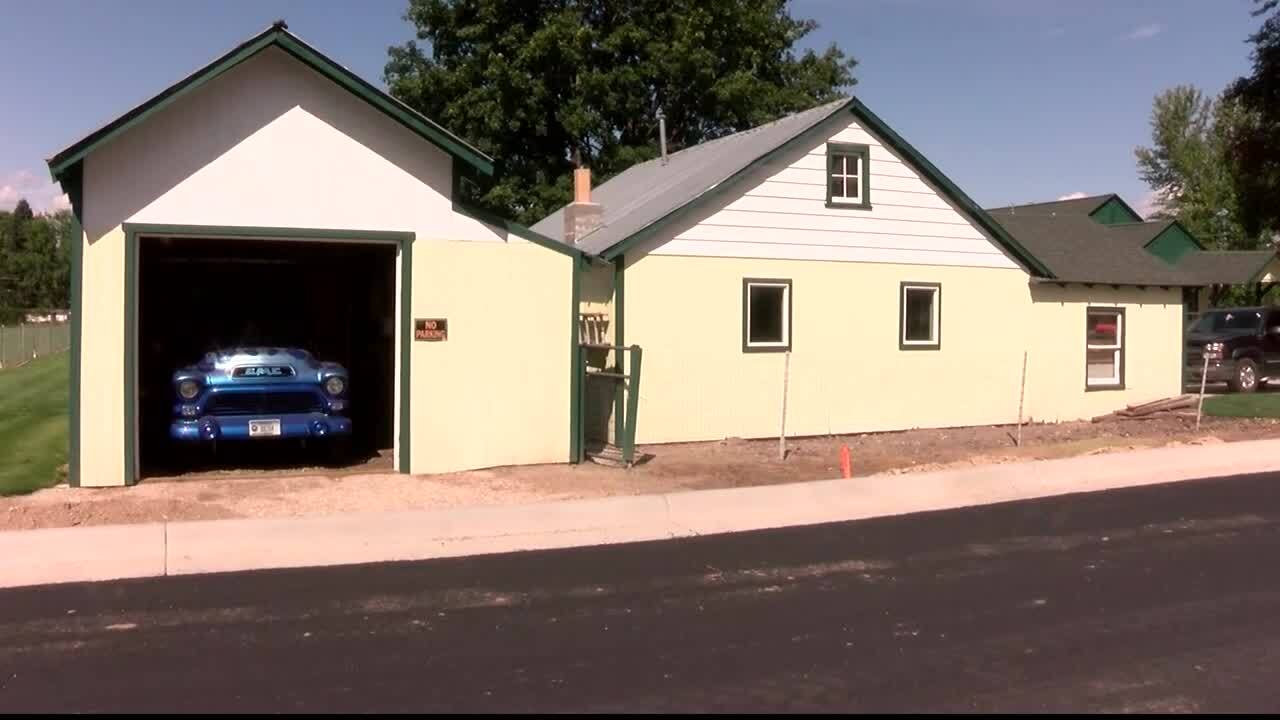 HAMILTON — We have an update to a story that MTN News has been covering about a Hamilton couple's dispute with the Hamilton school district over access to their garage.

A few months ago we reported Terry and Claira Conyers secondary garage was blocked when the school district paved a new road that connected the newly remodeled Daly Elementary school.

A curb that was constructed blocked the secondary garage that housed the Conyer’s vintage pick-up truck.

Hamilton Schools Superintendent Tom Korst says a few weeks ago, the Conyers reached out to the district to begin discussions on possible ways to remedy the situation.

Korst said that both parties concluded the best way to resolve the access issue, was not debate an easement, but for the district to help the Conyers provide a different access for their secondary garage to their property and support them financially.

Korst asked the contractor that was helping with the Daly school construction to estimate what it would cost to move the garage door and make a gravel driveway that would connect with their current driveway.

Korst tells MTN News that neither parties wanted to get into a legal battle, saying this resolution seemed like the best option for everybody.

“I think everybody is happy . I don't think its a compromise. It's a win win. The district protected its interests to make sure there is safe access for parents and for now and for the future residents of that property, they also have access to their property. “

Next school year, Mable Lane will be the primary access for parents and buses to drop off students.