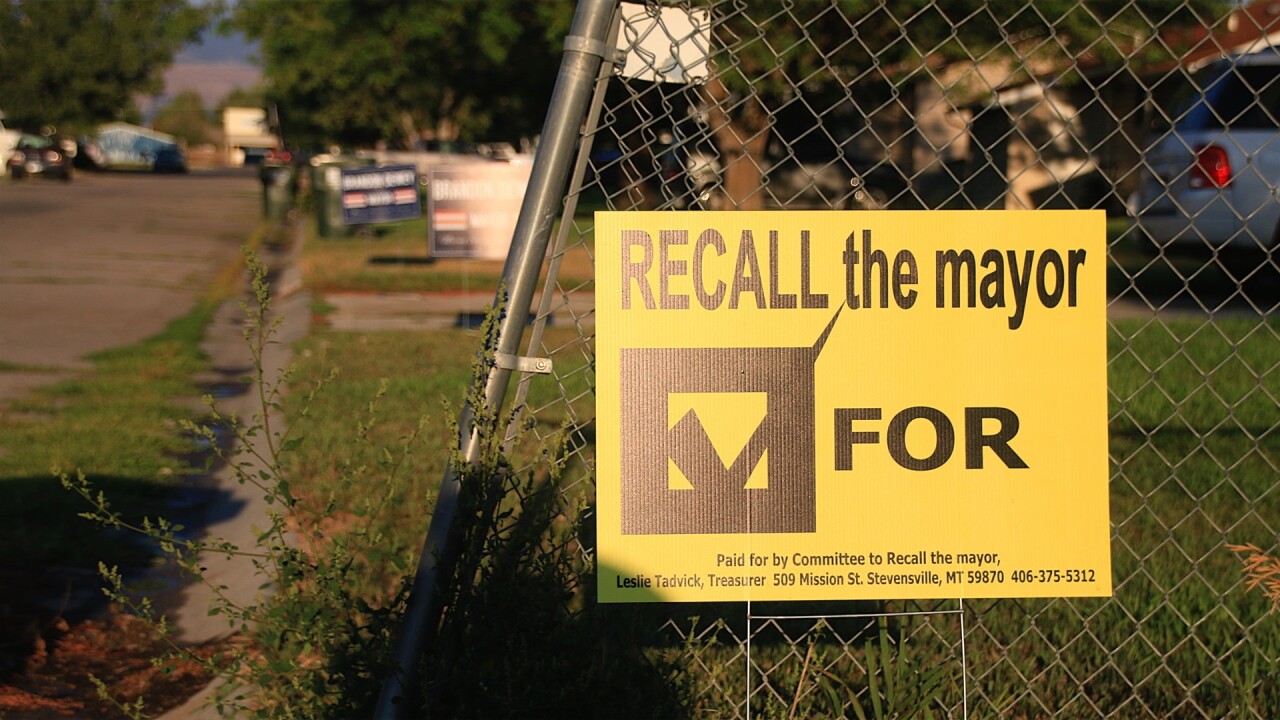 STEVENSVILLE — The bitter fight to recall Stevensville Mayor Brandon Dewey has not only been polarizing for the town's government and local residents.

As Election Day approaches, both sides are telling about the exhaustion, and even threats they've experienced in the last few months.

Voters must decide whether Mayor Dewey should be turned out for signing a $79,000 computer services contract last winter.

Dewey had felt once the Stevensville Town Council signed the budget, he was authorized to spend the money, although a Ravalli County judge later said that violated state law.

This week, Dewey told us he's learned from the mistake and is working with the council to make spending policies clearer.

But it's been more than political turmoil. In exclusive interviews with our Dennis Bragg, both Dewey and recall organizer Leanna Rodebaugh spoke about the dark side of the dispute.

“We’ve had vandalism in our home. There were, you know, some threats against me and we live in a community of 2,000 people," Mayor Dewey said.

"ever in a million years would I think that the chief executive of this organization -- or any government official in Stevensville -- would have you know, threats against them for harm," he continued. "That just doesn't make sense.”

"It's been hard. I opened my door one day to a process server. I've opened my door to a police officer with citations for behavior that I didn't think was wrong," Rodebaugh said.

"Would I do it again? Yes. Because I believe in the system and I believe that he has done wrong and that he needs to -- we need to -- have somebody else in there to do right.” she added.

Mayor Dewey hopes voters will opt for "stability" by allowing him to serve a final year. But Rodebaugh and the others believe Stevensville's governance needs to be fixed now.