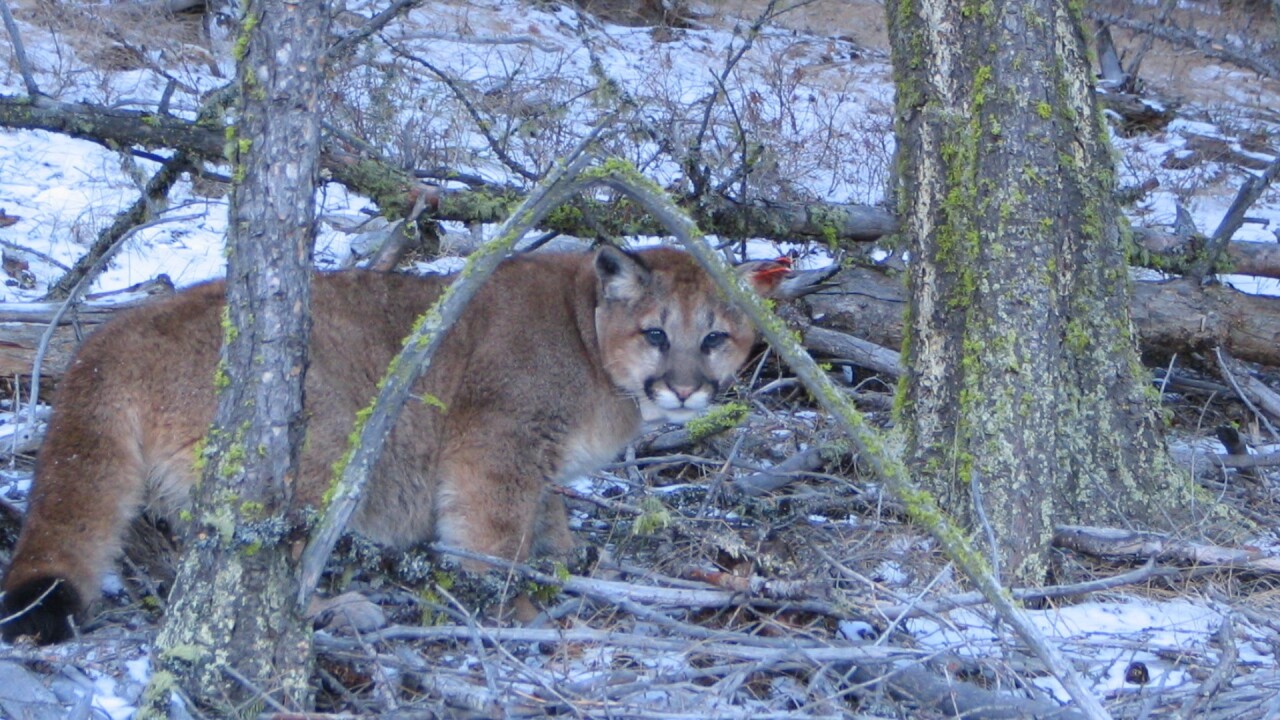 HAMILTON — Another mountain lion sighting is being reported in the Bitterroot.

The Ravalli County Sheriff's Office reports that a mountain lion was seen in the South Shoshone Loop area near Hamilton on Saturday night.

The animal was spotted again on Monday night and area residents are urged to be vigilant.

There have been numerous mountain lion sightings in Ravalli County over the past several weeks.

A homeowner in the Bitterroot shot and killed a mountain lion after it returned to the property in the Avista Loop area of Hamilton last month after the animal had killed a goat and then returned to the carcass.

There have been mountain lion sightings reported in recent weeks in the Corvallis, Florence, Hamilton and Stevensville.

Earlier this month, a mountain lion in the Bitterroot that killed 14 sheep on Friday in the Stevensville area on South Burnt Fork Road.

Three lambs were killed in the incident that happened last month in the coal pit area in Corvallis.