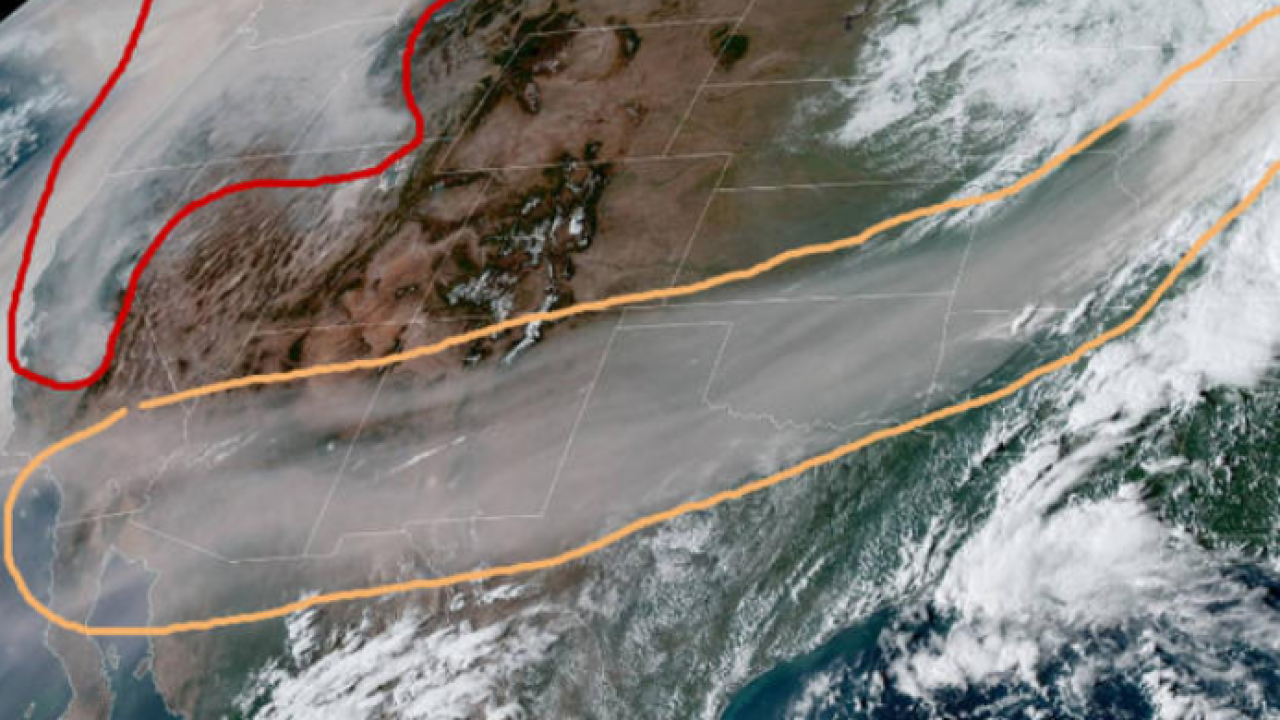 Wildfires across California, Oregon and Washington have killed at least 35 people, scorched over 4 million acres and sent thick smoke and ash into the skies. Dramatic satellite images show the smoke has wafted more than 2,000 miles, stretching as far east as Michigan.

One image, tweeted by the National Weather Service Weather Prediction Center, shows a massive swath of smoke moving across the United States. "Here is a visible satellite image valid at 2pm PDT showing the vast extent of the wildfire smoke," the agency tweeted Saturday. "The area in the orange contour is smoke in the mid-upper levels of the atmosphere that has reached as far east as Michigan! The red contour is the dense smoke near the West Coast."

A satellite image posted by the Oregon & Washington Bureau of Land Management shows another view of the smoke covering a huge portion of the U.S.

Two cities in Oregon reported Air Quality Index numbers that were off the chart this weekend. Air Quality Index is considered hazardous between 301 and 500. Portland's index was at 426 while Madras and Roseburg both reported having values above 500, which is beyond the index's scale.

While the smoke has made it difficult to breathe, it did help firefighters somewhat this weekend by blocking the sun, creating cooler weather, Vigliotti reported. Still, red flag warnings from Southern Oregon to Northern California are up through Monday, meaning hotter temperatures and breezy conditions.

Extreme temperatures combined with dry and gusty conditions in Oregon have created a "perfect firestorm" for the blazes to spread, Governor Kate Brown told "Face the Nation" on Sunday.

"This is a wake up call for all of us that we've got to do everything in our power to tackle climate change," Brown said.