KALISPELL – With the opening of the new South Fork Bridge over the Flathead River this week, the Montana Department of Transportation solved another of the many traffic challenges facing the Flathead region.

But MDT engineers are already looking at the looming problems caused by rapid population growth and visitor use which could bring many of the roads to near-gridlock in another 20-years.

The bridge, which opened Tuesday, addressed a major safety and capacity problem for the US 2 corridor across Northwest Montana.

However, there are still a lot of immediate challenges on the list, from the bottleneck and danger of Badrock Canyon, to the growing amount of traffic trying to get through Whitefish.

Improvements like the Kalispell Bypass have made a tremendous difference. But MDT District Administrator Ed Toavs says growth projections in Flathead County show many of the main streets and roads will be well above capacity by 2040. 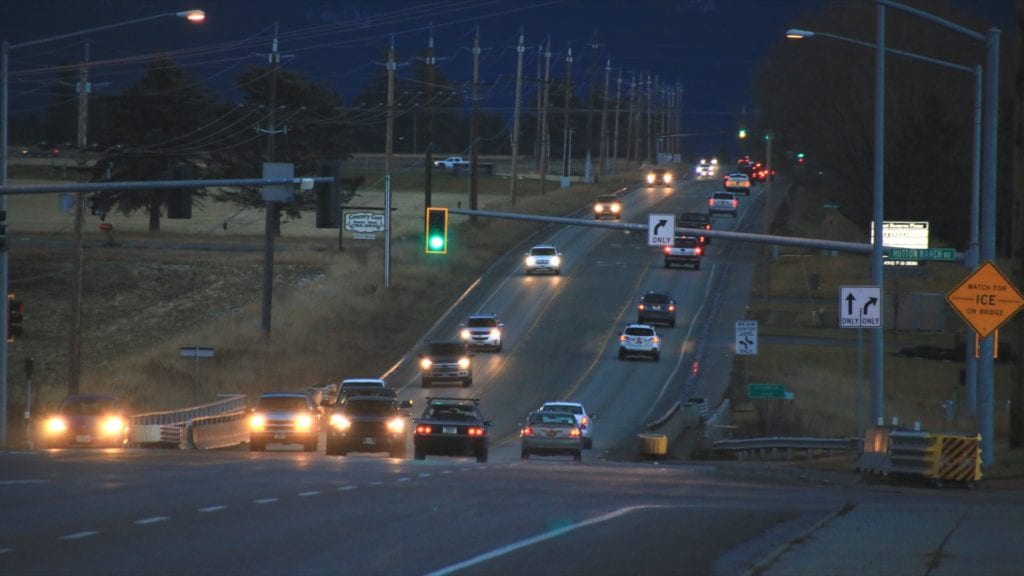 MDT and local government leaders are hoping to get a running start on solutions, starting work to update the Kalispell traffic plan this winter.

Tonight at 10, we’ll go On Special Assignment for a closer look at the monumental, and expensive, challenge of solving the Flathead’s looming traffic crunch.