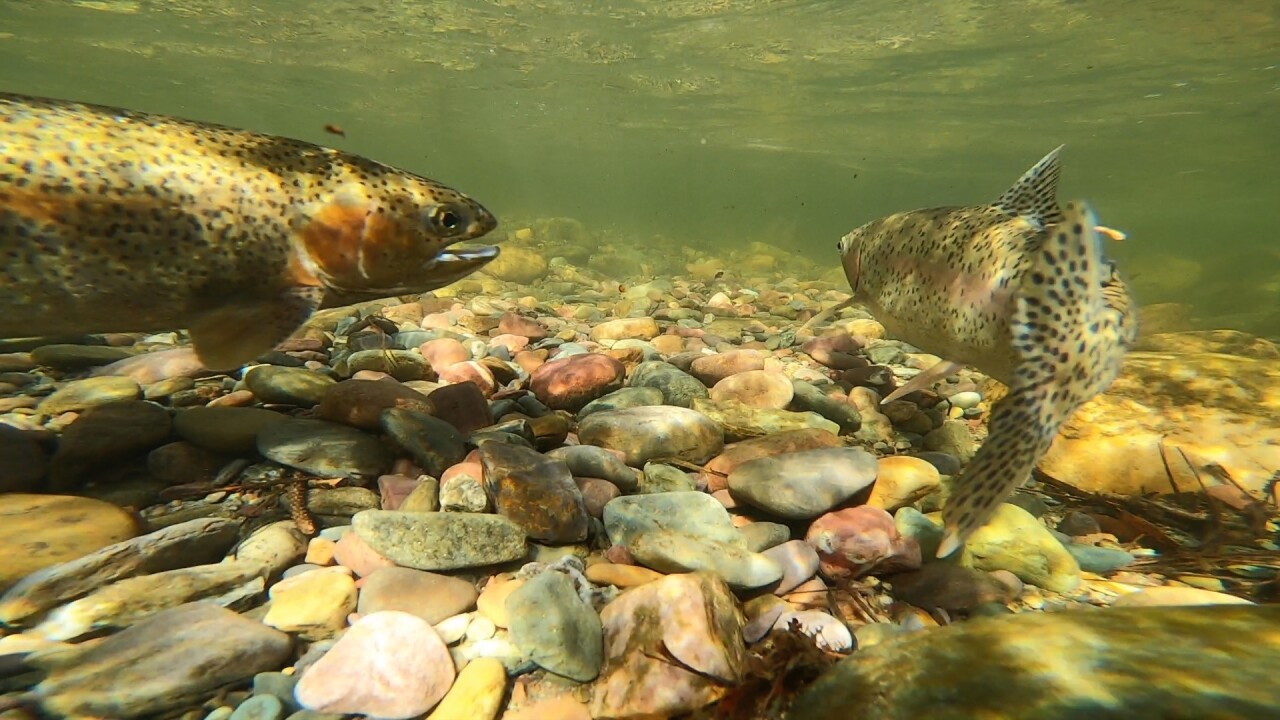 MISSOULA — We're moving into the heart of fishing season here in western Montana and this year you can help with the science of fishing at the same time.

A combined trout tagging effort between Montana Fish, Wildlife and Parks, and the Montana chapter of Trout Unlimited is currently underway. You might find something unexpected when you land a trout on the Clark Fork or the Blackfoot rivers this year, after biologists tagged nearly 800 trout this spring.

"This really builds on a lot of previous fish studies we've done, particularly with radio telemetry, where we go into the main stem river and plant radio tags in fish and see where they're going," Patrick Uthe, an FWP fish biologist in the Blackfoot Area, said. "We're taking the reverse approach here where we go to the tributaries when the fish were making their spawning migrations and then implant them with these visible tags that are identifiable to the individual. And then when anglers catch them they can call in the tag and we're able to link that back to when they were captured in the tributary and then where they've moved subsequently."

"If you catch a tagged fish don't remove the tag," Bill Pfeiffer, the Trout Unlimited outreach coordinator added. "Take a clear photo of the tag if you can. Or just note the tag number in color and where you caught that fish and report it to the phone number on the tag. It's really pretty simple. Pretty easy."

The biologists and Trout Unlimited hope to unravel more of the mystery of how our fish are migrating into the river tributaries. That mystery deepened this past year after two trout that had been tagged all the way downriver at the Thompson Falls dam showed up in streams near Missoula in Johnson and Rattlesnake creeks.

"We know historically these fish were making these large scale migrations down to the lower Clark Fork, probably down to Lake Pend Oreille with bull trout in particular," Uthe said. "And it's really encouraging to see, even with the dams in place, and all the other challenges the fish are facing, we're still observing those large scale migrations today."

It's a fun project, and you can even follow along with the discoveries on the Trout Unlimited website. And it's not just this season. The research team says they'd like to have you keep an eye out for these special trout anytime over the next couple of years.

"It doesn't matter if that fish was tagged this year, or two years ago, or three years ago there's a biologist somewhere like Patrick who really wants to know about that fish," Pfeiffer said. "So if you catch a fish that's tagged, make a note of it and let us know."

"That information combined it really gives us a good picture on the relative importance of these different spawning streams to the Missoula area fishery," Uthe added. "And then ultimately just how these fish are moving after they complete their spawning in the tributary and then migrate back out to the main stem river."

So far only 26 tagged fish had been located, so keep your eyes open this holiday weekend.