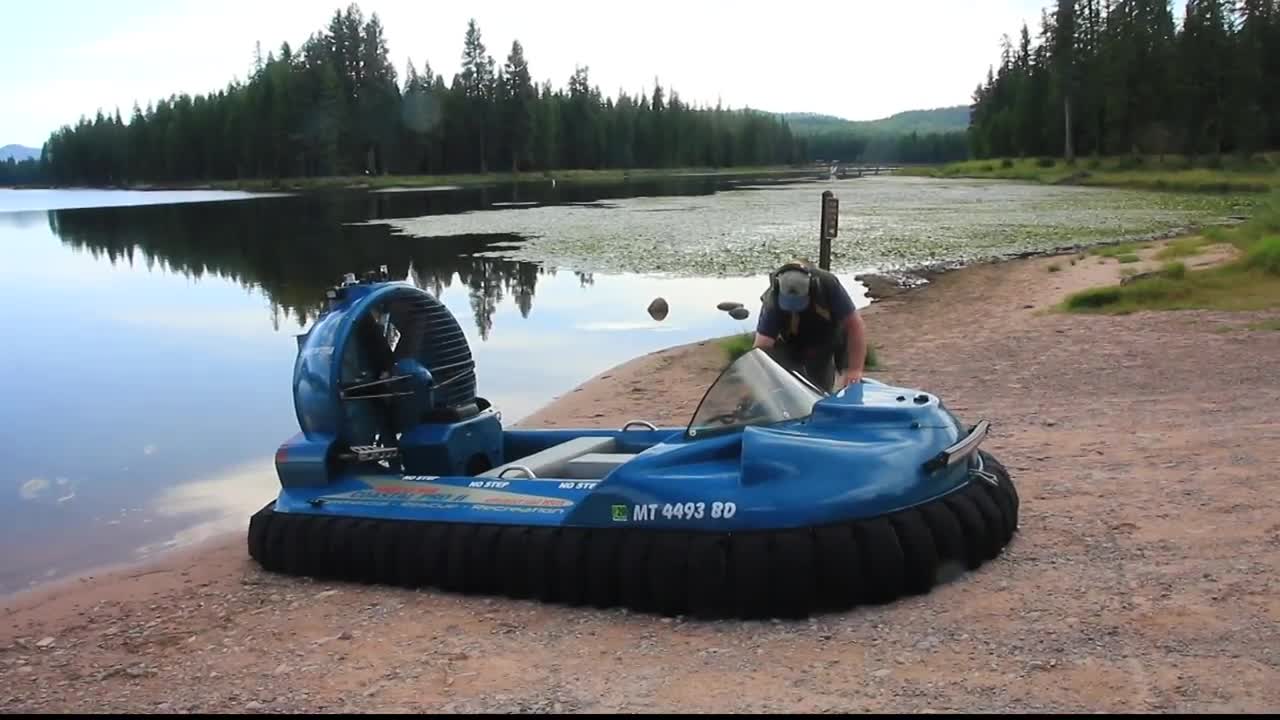 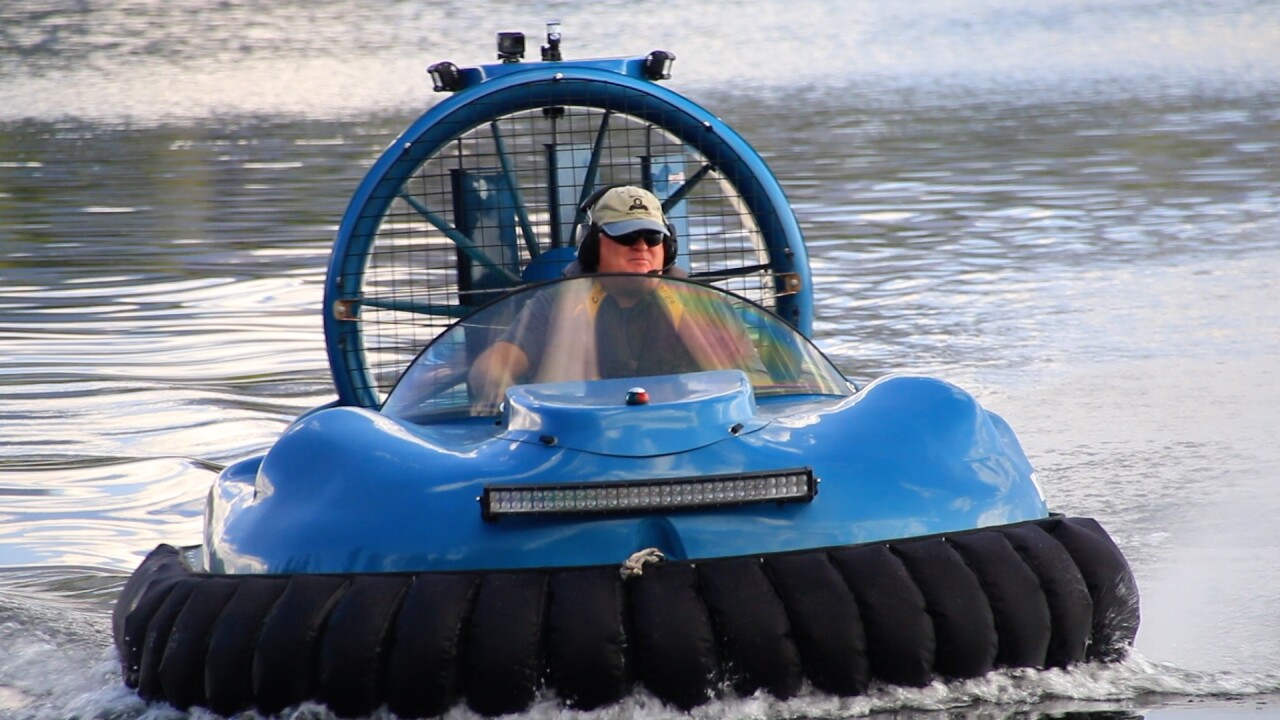 STEVENSVILLE — In a state where boating is big business, you don't expect to see a hybrid craft that flies, instead of floats, on the water. But for Stevenville's former mayor and his friends, nothing compares with the sport of buying, building and exploring with a hovercraft.

If you drive by Jim Crews' house you probably won't notice the Porsche parked in his driveway because your eyes are drawn to the hovercraft, or two, that might be outside. You would be surprised to learn this is the hub of hovercrafting in Montana, a state where there's probably not much more than half a dozen.

In fact, fabrication and innovation are at the heart of this sport. You can't just run to a boat dealer for parts. So Jim has learned how to tear them down to the tiniest bolt, and put them all back together. Friends will bring hovercraft for repairs, or retrofitting, with the latest tech, like VHF radios and GPS.

"I think it's necessary because if you're going out like into Puget Sound or someplace like that I think you want to be able to communicate. It's not required because of the length of the hovercraft, but if you get in trouble you're only one call away," Crews said.

He isn't just an enthusiast, he's an ambassador, "you can talk to people before you buy. Get in touch with somebody who has a hovercraft locally, and go out and fly with them and learn what it's about."

Launching a hovercraft is different -- it's a careful balance between lift and direction. It's an aircraft, with similar precautions about props and direction. A nylon "skirt" keeps the cushion of air in place. There's also one engine for lift, and a second for thrust.

"The thrust engine is a twin cylinder engine. It has twin mufflers to keep the noise way, way down. The lift engine has one muffler and it's inside the cowling so you can't hardly hear it when you're actually running. You can feel the craft running," Crews explained.

"And we do wear hearing protection because of prop noise. But as you notice when we were flying we got pretty close to some ducks on the water and they didn't seem to mind," he added.

Because there's no water resistance involved, the "flight" is smooth, and turns are wide. But the trained pilot really needs to know what they're doing.

Especially watching for the dreaded "plow in." And that's where conditions are just right, where everything works to tuck the skirts under the front of the hovercraft and then the hull of the hovercraft will touch the water and it will bring you from 25-mile an hour down to two in about half a second," Crews told MTN News.

"The far end of [Seeley Lake] closer to town it was a little bit choppy but it was really nice. We had a breeze about eight or nine mile an hour. It was just absolutely gorgeous," Crews recalled on a recent day that we tagged along for a ride.

"We get people waving at us. For example we had two young folks out here. They were so curious we have them a ride on the hovercraft. They just had a great time," he added.

Whether you're in the water, or above, isn't that really what spending a day at the lake is all about in Montana?

Crews explained that one of the appeals of hovercraft is their durability, and ease of operation once you're trained, which is what makes them the choice for search and rescue the world over. And yes, he does have to go through the inspections for invasive species, just like any boat.