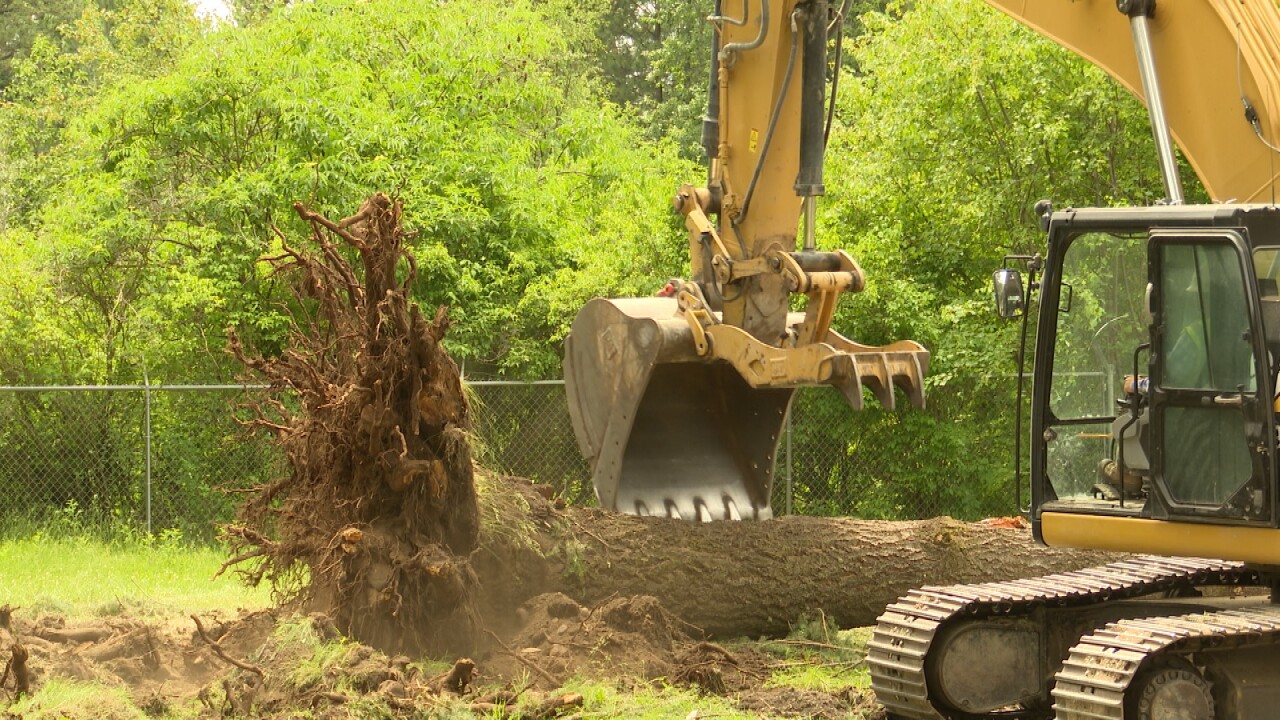 MISSOULA — The Rattlesnake Dam removal project is approaching its final leg of construction.

We all know the story of the dam, so we decided to visit with the owner of the construction company that was awarded the contract.

The Rattlesnake Dam removal project began in 2017 and is now in the final stages as construction to remove and repair the site began on Monday.

The construction contract was given to a company called Aqua Terra restoration, and coincidentally, their owner Arlin Grimes grew up in the upper rattlesnake neighborhood. He's coming back to his childhood home to naturalize a place he once called his stomping grounds.

"I grew up about a quarter-mile from the dam site here," said Grimes. "So in the summertime when I was a kid I would be down here almost every day, every chance I got. Fishing and playing in the river below the dam there. I got memories every time I turn around."

Grimes has been a part of tons of construction projects over his life but says this is one he'll remember forever.

"Pretty rewarding work, in the past I've done construction in logging and other projects where are you see what you've done as an impact to everything so it's kind of nice to have a chance to look back and not be able to tell I was there, go the other direction," said Grimes.

While some of the restorations will be visible through recreational trails around the area, Grimes' work focuses primarily on the re-naturalization of the creek.

"My scope of the project is just getting the existing dam structure out and restoring the river to a natural channel through there," said Grimes. "The primary goal being fish passage and a little bit more riparian zone for floodplain habitats."

Not only are the fish going to be happy, but outdoor lovers as well. The dam removal project has had lots of community support from day one, something Grimes says he's grateful for.

"The overwhelming support the project has, it's fun to come in on a job like that and know that most of the people that are walking by are happy to see it happening," he added.

The dam and recreational trails are set to be completed by fall of 2021.