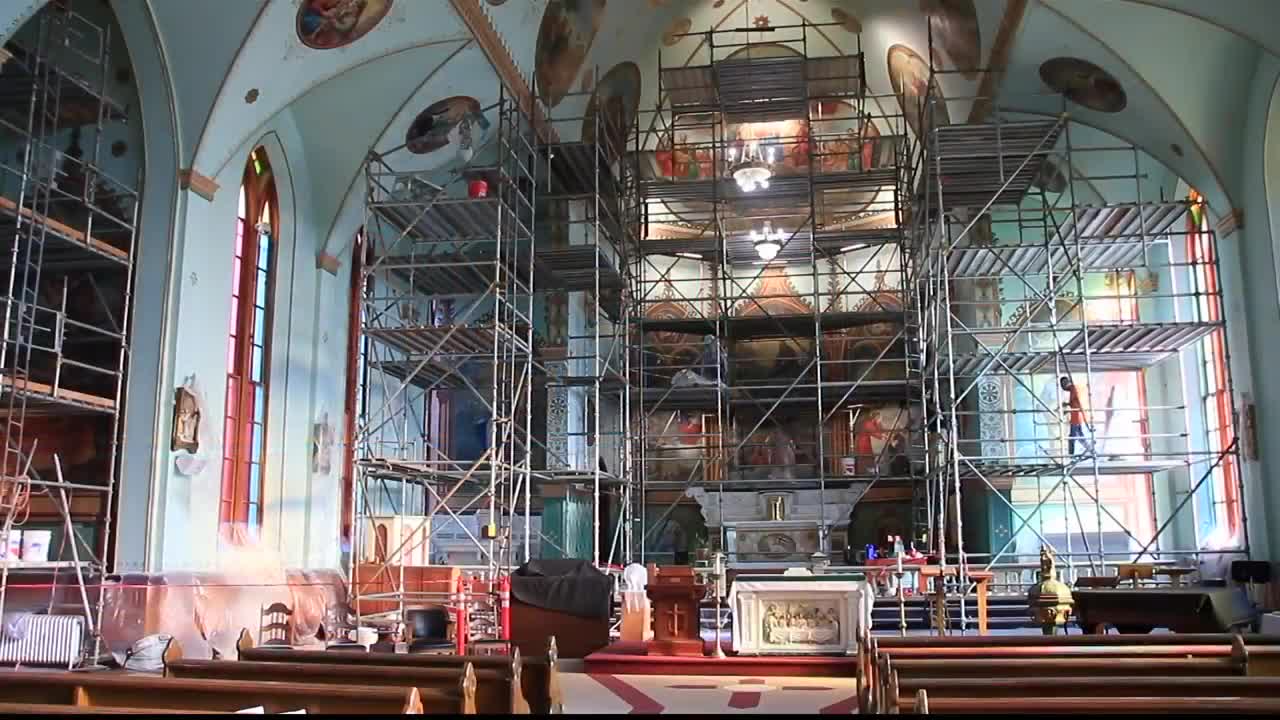 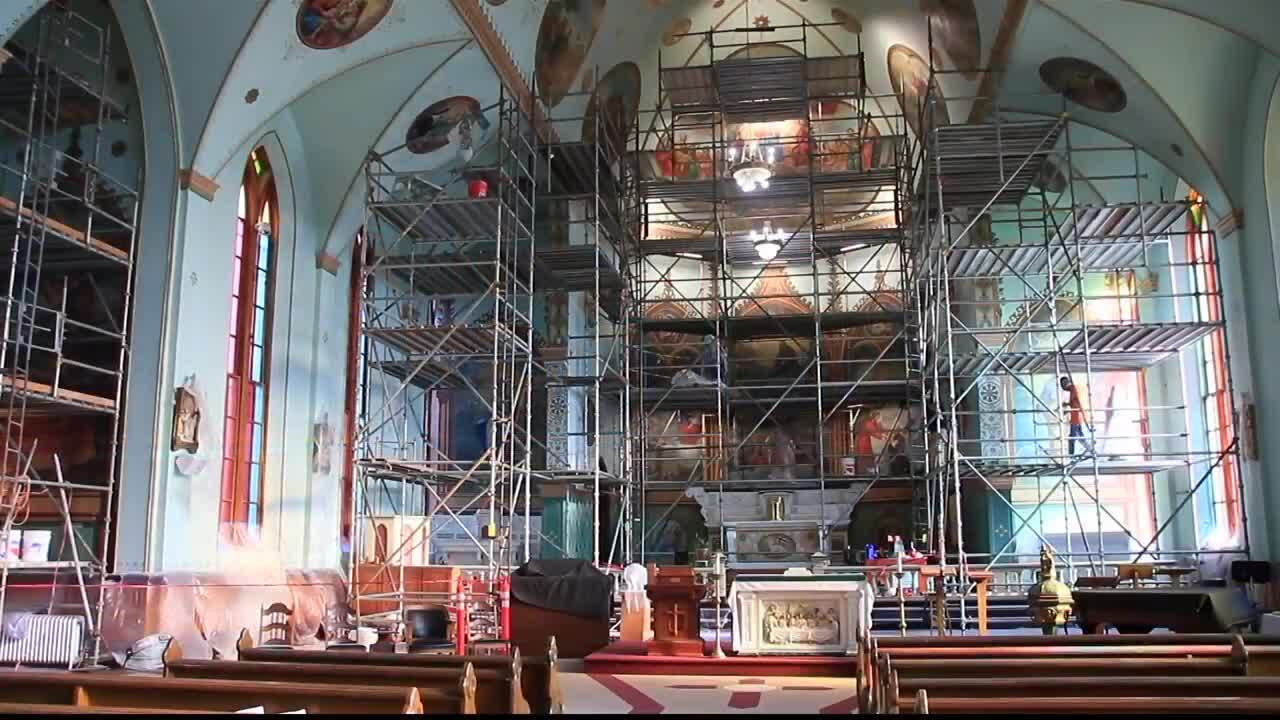 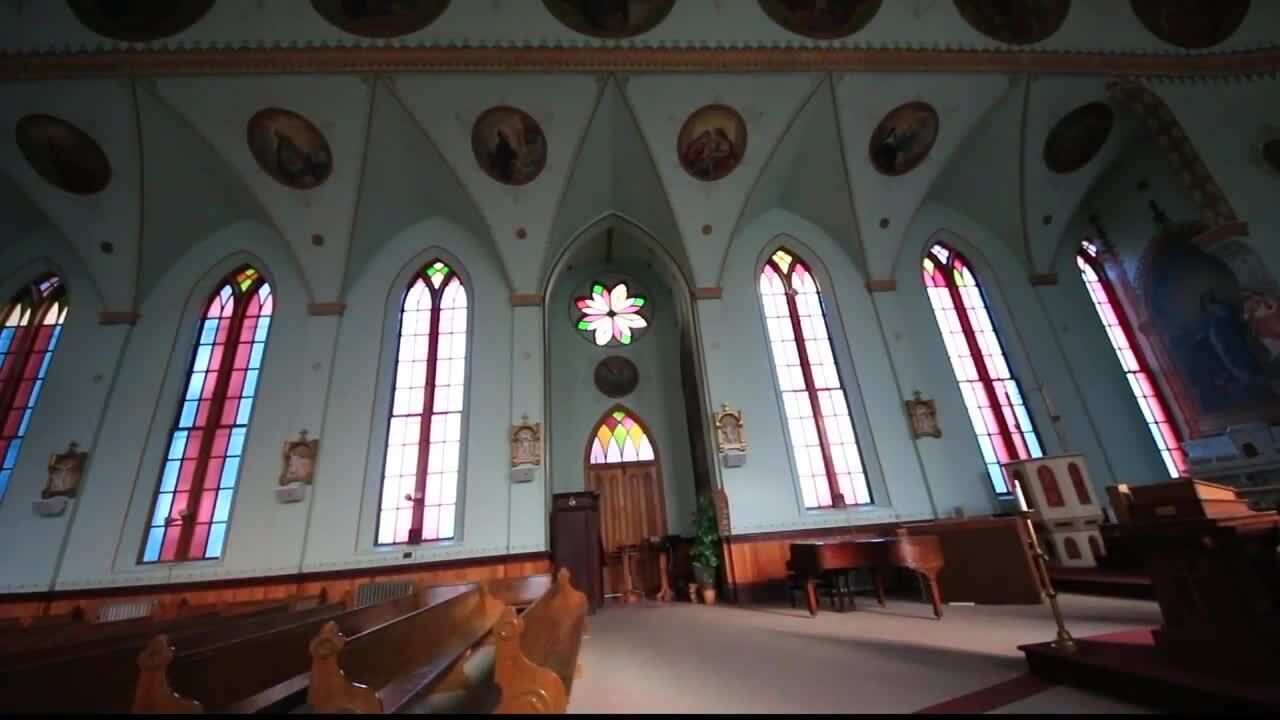 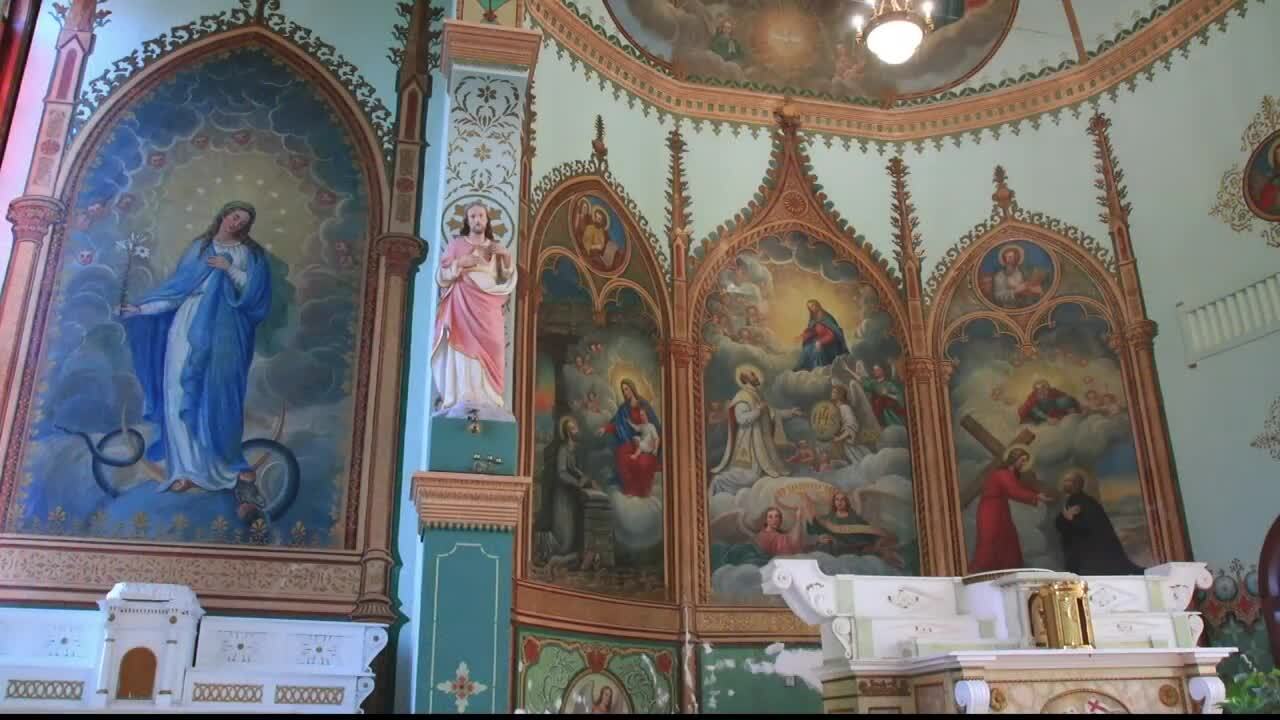 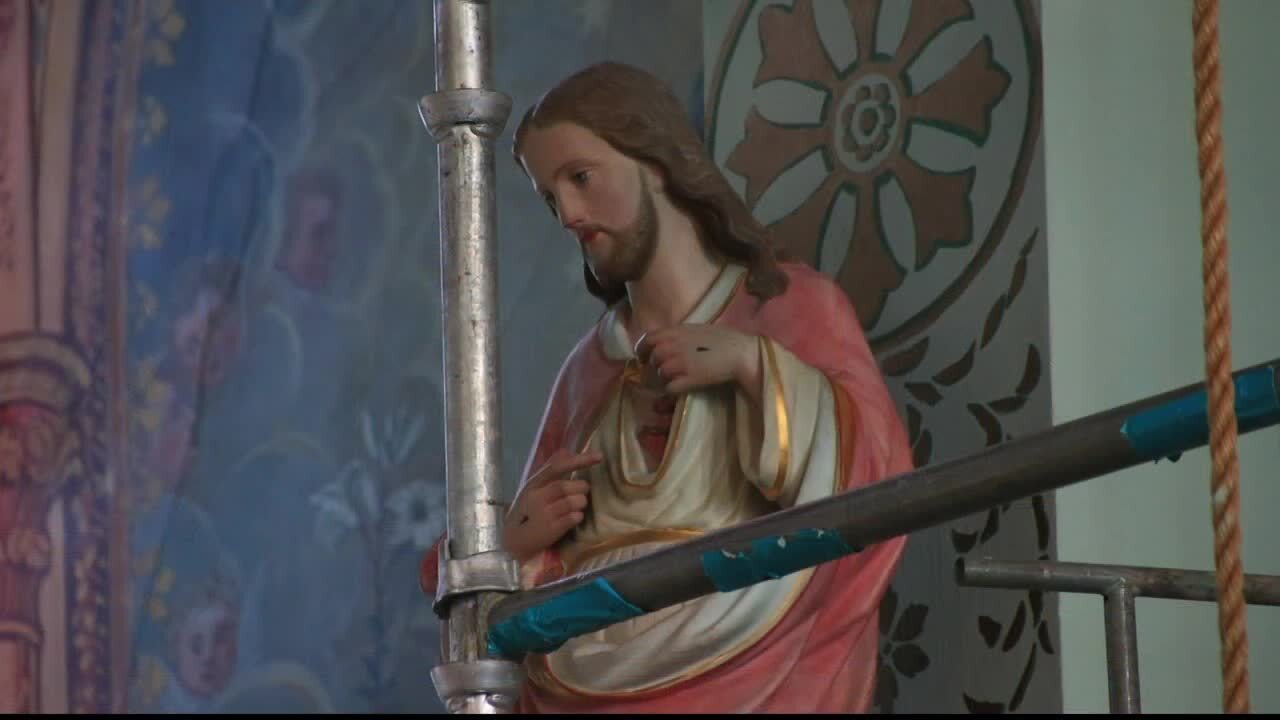 ST. IGNATIUS — It's arguably one of the most historic religious landmarks in the Northern Rockies, with a tradition that's taking on new vibrancy thanks to a massive restoration project.

Once the work wraps up, the St. Ignatius Mission will be ready to continue as an important spiritual and culture landmark for decades to come.

The St. Ignatius Mission has always been awe inspiring, but more than 125 years had left the future of the building -- and its glorious murals in doubt, especially around the altar.

"The way the triptych was made, and the sidewalls were made, they weren't attached to the exterior walls. So, they were free floating inside which, ideally made them flexible,” Father C. Hightower said. “But as they started to sink and flex even more it cracks plaster, which is not flexible."

"Well, we found walls that were buckled as much as 28-inches wide and displaced from the wall as much as three-inches. So, quite severe damage from earthquakes, commented Greg Masters with Custom Plaster.

Crews from the Boise-based company -- including several local workers – recently pulled down the scaffolding, finishing year two of the massive restoration.

The results are remarkable. The color is back, damage repaired, and the addition of reinforcing features like steel beams have saved not on the murals, but the building itself.

Using hundreds of attachments, the plaster has been lifted back into place, fastened, cleaned and repaired where needed.

"Not all buildings are the same. Some buildings are not nearly as high-quality work. So that's been pleasurable,” Masters said. “The community has also been great. Very supportive. It's an active parish and alot visitors come in. Sometimes they play the piano."

"They're workers, but they're really artists. It's just incredible the amount of the stuff they can do. The talent, the way they can bring back plaster -- alive again,” Father Hightower said. “And restore a building that's 125-years plus old to what it was when it was originally painted."

The historical picture is becoming clearer, with discoveries like the bison hair mixed in the plaster, and the early lights and power.

“We found out that this building was the first building in the entire Mission and Flathead valleys to be with electricity,” Father Hightower said. “Certainly, electricity that's not code in today's world."

"And then finding some of the detailed work that had been painted over in the 1950s that we were able to bring back. Things like that. It was just a lot of fun,” he continued.

"I know how to build bat houses, things like that. which I didn't go to Theology for. So there have been some surprises by joy too,” Father Hightower concluded.

The chapel is quiet now, but Father Hightower told MTN News that more work is coming.

"Next summer we'll finish up with the big huge medallions on top -- the Scriptural medallions. So, we've just been very fortunate with the amount of work we've been able to accomplish and the generosity of everybody."

"It's a large space, the upper vault. We're going to build a "dance floor", essentially create a platform at the bottom of the vault,” Masters said. “And then there'll be rolling towers of scaffolding on top of that. So, it's a monumental feat just to get that built."

The project is about more than just the physical restoration of the murals, it's also a restoration for the community. A way to uncover the stories and the spirit that's filled this building for more than a century."

"We're continually getting people coming back into the church and people that have been away for a long time. But also, we continue to get people that were raised in the valley and went away and came back,” Father Hightower said.

“And one of the things they always express is how good it is to be home. And so, to provide a home that their ancestors provided to us, and to restore it back to the way it was, there's just such a comfort level for people coming into this church."

"And you know, a lot of our visitors are not practicing Catholics. But they come here because they see it as a holy place. And they see it as a historical monument to what the people could do when they gather together in friendship,” Father Hightower stated.

There's also a determination to keep restoring souls, and the building…

"Absolutely, we're going to continue to be providing spiritual value to people of God here in the valley. We are going to have a lot of scaffolding here next year because we're doing the high part of the vault, but we'll work it out,” Father Hightower said. “Where there's a will there's a way and we'll continue to have services here, yeah."

Father Hightower will give an informal tour of the work at the Mission on Saturday, Nov. 23m beginning at 2:30 p.m. and the building remains open to visitors.