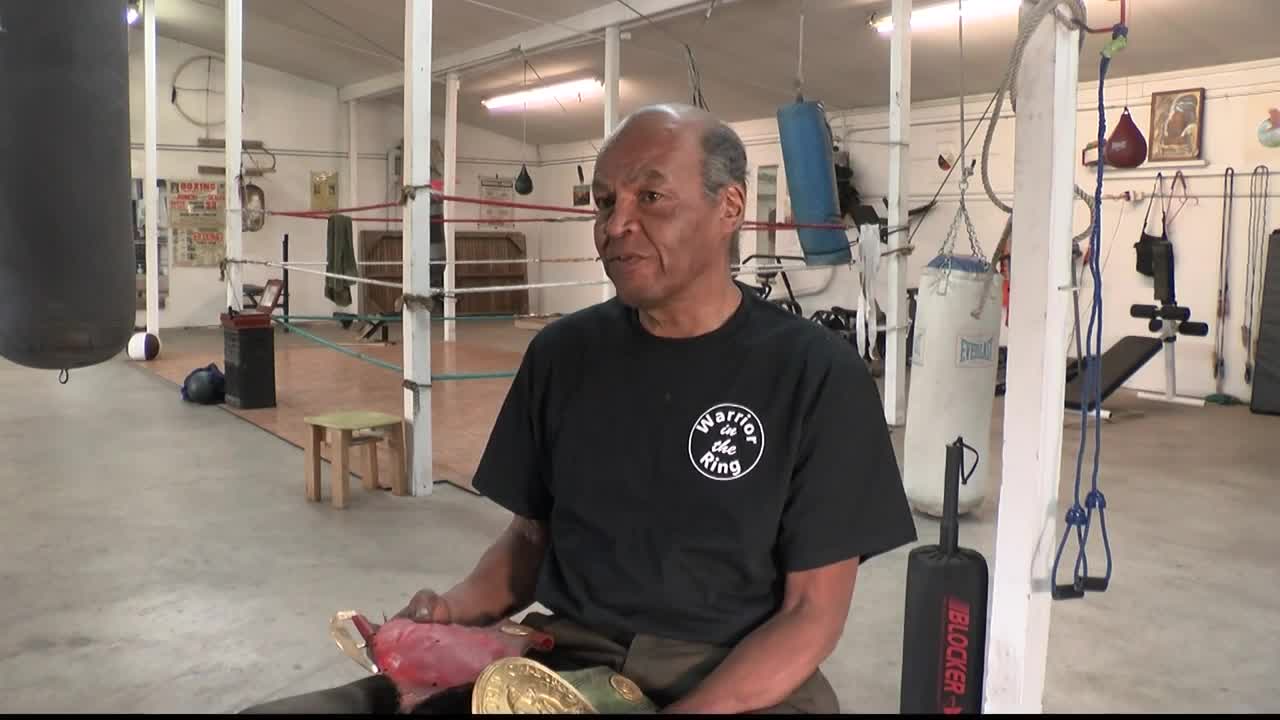 Marvin Camel grew up in Ronan on the Flathead Indian Reservation. From a young age he worked tirelessly in and out of the ring in hopes of one day becoming a professional boxer. 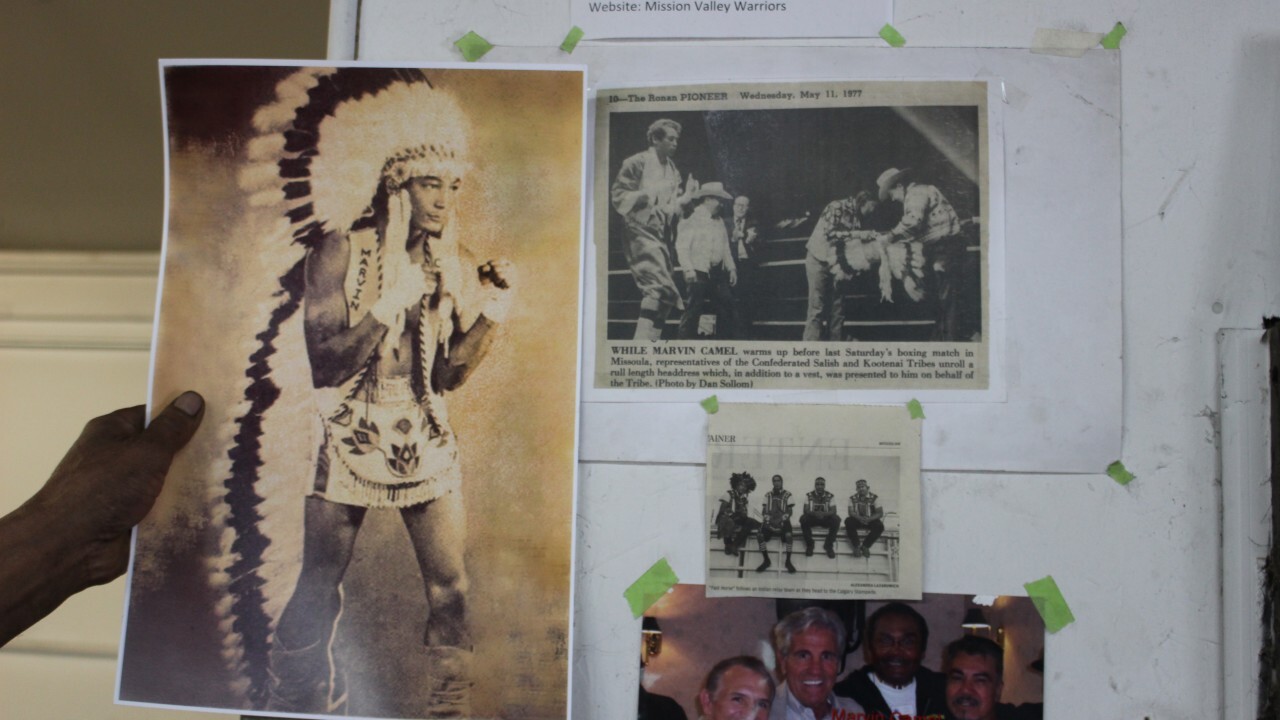 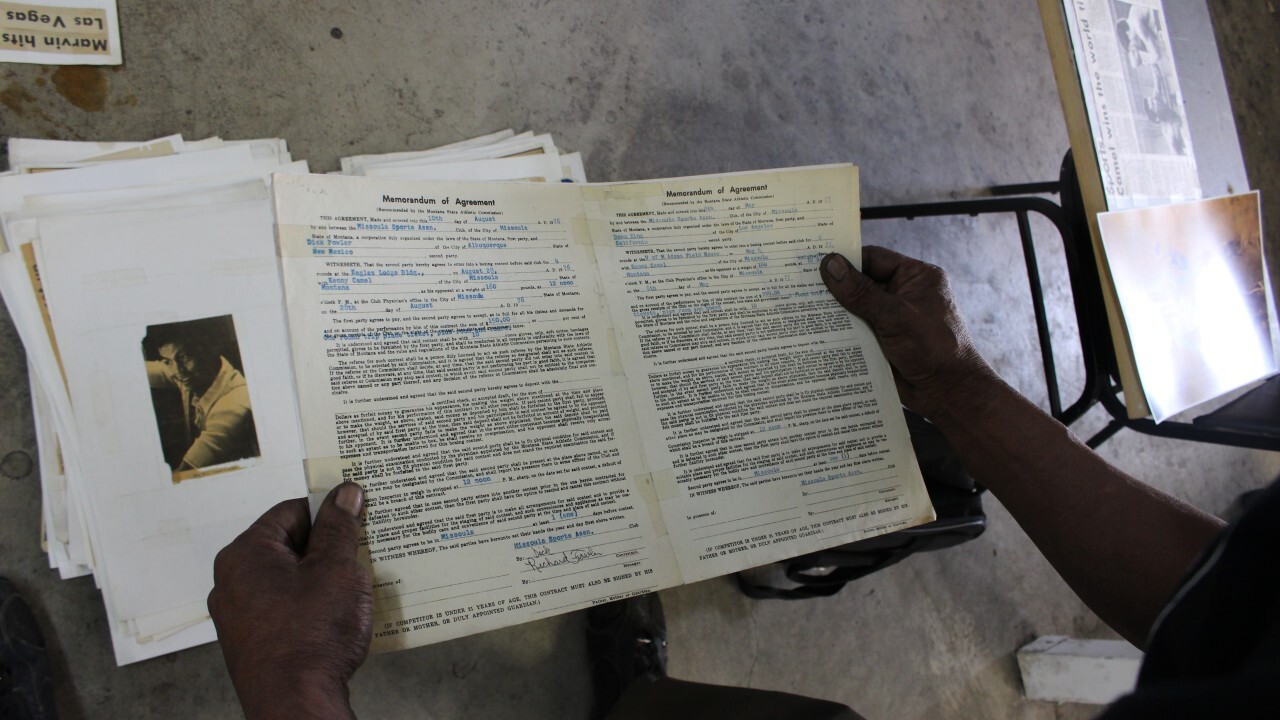 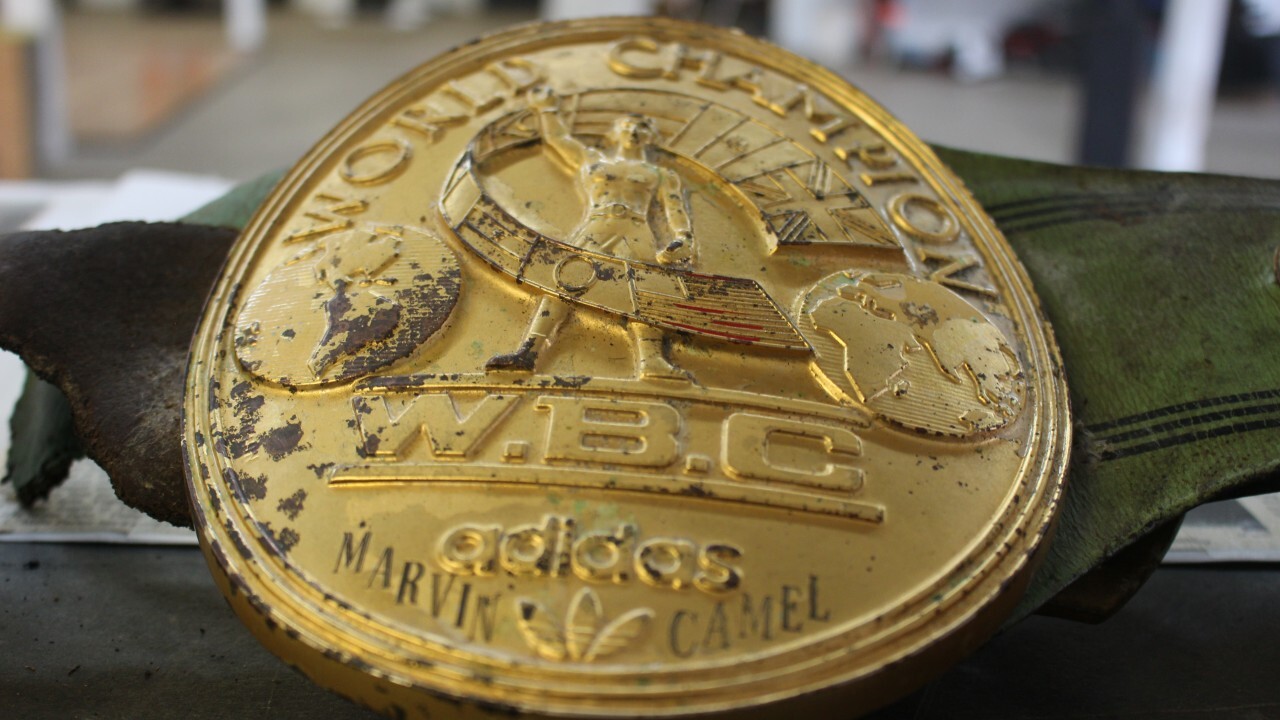 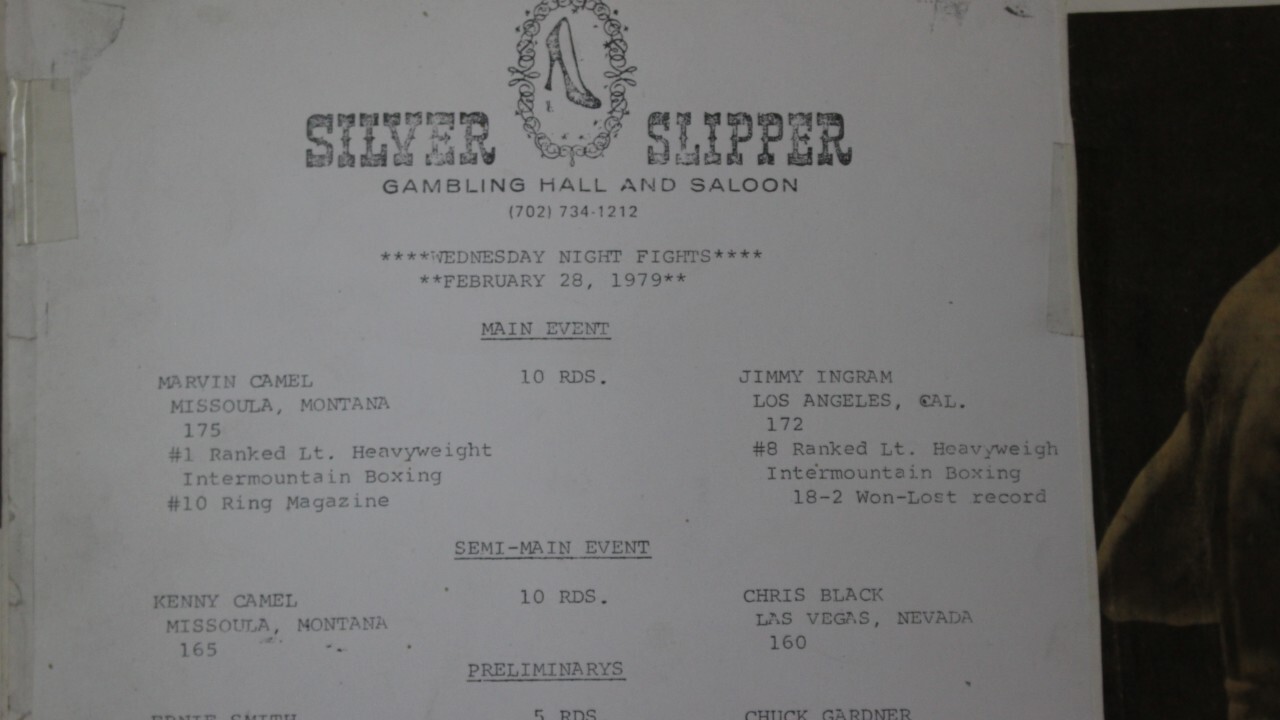 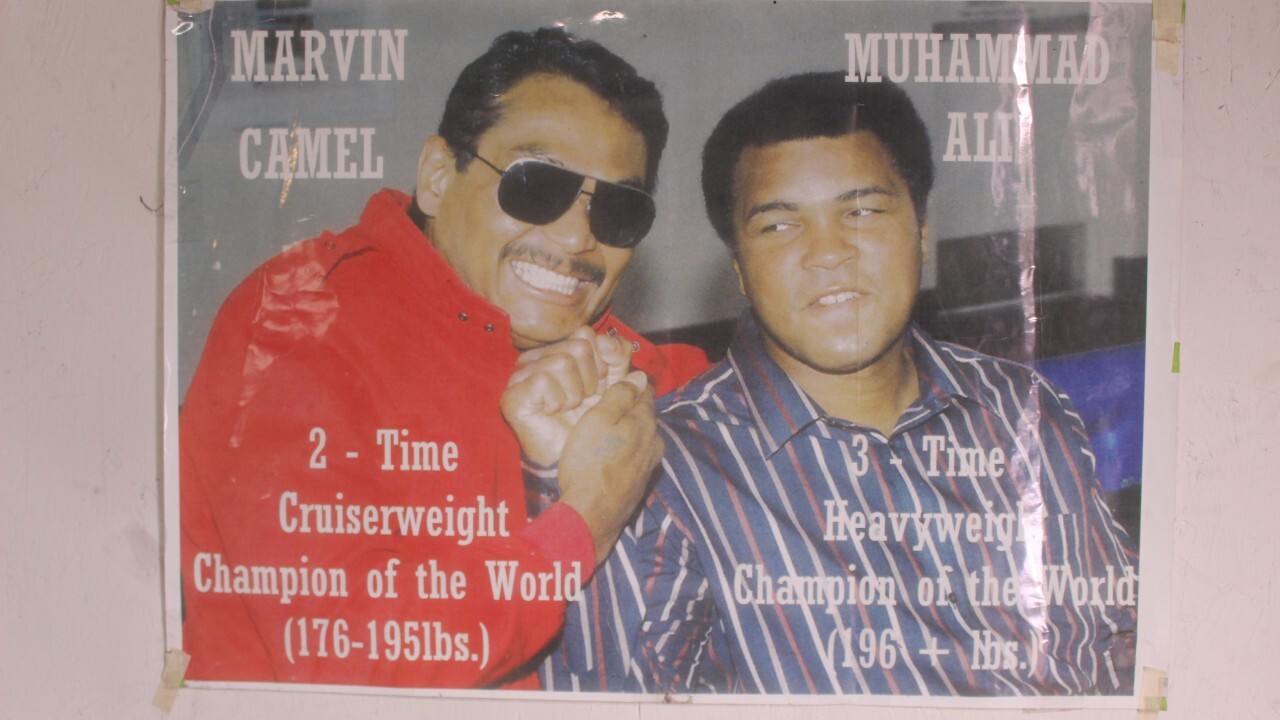 MISSOULA — There are a number of incredible athletes born and raised right here in Montana that have gone on to accel on the world's biggest stage in their respective sports. From Timmy Hauck to Larry Krystkowiak to Maggie Voisin.

But there is one Montanan who accomplished something we may never see again as boxer Marvin Camel became the WBC and IBF cruiserweight world champion in the 1980’s. Well 30 some odd years ago, those two belts were stolen from him and presumed to never be found, that is until this February.

Marvin Camel grew up in Ronan on the Flathead Indian Reservation. From a young age he worked tirelessly in and out of the ring in hopes of one day becoming a professional boxer.

“Sometimes I would turn around and run from Evaro Hill to Missoula, Montana," said Camel. "Just for the hell of it, to see if I could do it.”

After endless days and nights in the gym and a number of amateur fights later, Marvin Camel began his professional boxing career in Butte with a first round knockout over Joe Williamson. In 1980, all of Camel’s hard work came full circle when he defeated Mate Parlov to claim the World Boxing Council’s cruiserweight world title.

“I put the Confederated Salish and Kootenai Tribes on the map. By becoming the first world champion in history.”

In 1983, Marvin added another belt as he defeated Roddy MacDonald to become the International Boxing Federation’s cruiserweight champion of the world. In the years following those title fights, Camel continued to work out in Ronan out of the rec center until one day his two world-title belts were stolen.

“It was an impacting thing to Marvin to have as you heard that somebody would take something that he works so hard for and just cast it away as it was nothing,” said Marvin's brother, Ken Camel.

Fast forward over 30 years, to earlier this February. Camel’s belts were found in the back of a car at a metal-scrapping yard in Missoula, just moments before the car was crushed and the medals were gone for good.

So how did the medals end up in Missoula? James Giebar and his two daughters were hiking in the woods about 15 miles from Ronan around the McDonald Lake area when they came across the Medals placed in a strange makeshift fort.

“We picked up the metals and brought them out, I tried to get a hold of Marvin but he never message me on Facebook and you know out of sight out of mind they got left in the vehicle and we ended up crashing the vehicle. Well they hold it out anyway to get it crashed out there and I guess that's where they found the metals,” said Gieber.

The Belts were returned to Ken Camel, Marvin’s brother who runs a boxing gym in Pablo.

“And then he listened and all of a sudden the phone goes quiet. I said Marvin and he actually broke down. It was an emotional time for him to actually feel that the belts had come full circle and now they are coming back to him," said Ken. "And he for about five minutes just couldn't hardly control himself.”

For years Marvin has been away from the state of Montana, living in Florida with a feeling of betrayal from the place he once called home.

“If I ever come face-to-face with this person I'll ask them why," said Marvin. "Why would they do something like this? And I want to hear their answers.”

When Camel talks about the belts and how they were stolen he still gets upset, but time has allowed him to forgive what was done and now that the belts are back with him he can begin to move on.

“That is the most important thing is to look forward and not to look back and have no animosity about anybody who somehow handled these belts,” said Ken.

From here, Ken will work to restore the championship medals and get them put on new leather belts with Native American embroidery. And in the summer Marvin Camel will return home to Ronan to claim his most prized possession in front of the people who supported him from his first to last battle in the ring.

“Those people are part of Marvin Camel and they will never forget by being there when I was crowned history’s first cruiserweight champion of the world.”