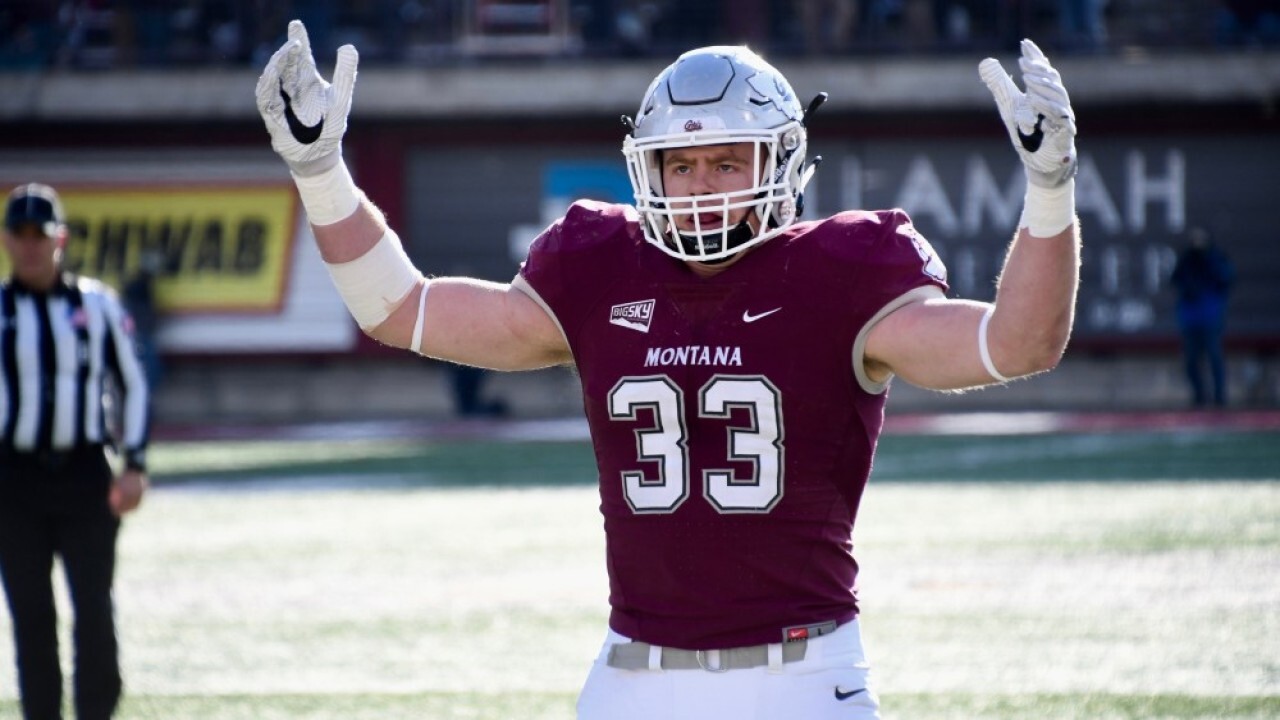 The banquet was held in Frisco, Texas ahead of Saturday's FCS national championship game.

The senior from Medford, Ore. helped lead Montana back to the quarterfinal round of the FCS playoffs, the program's first playoff appearance since 2015.

In 2019, Olson led the FCS in tackles and broke the school record for tackles in a season with 179.

Eleven of those were tackles for a loss and 67 were solo take downs. Olson also finished the season with 3.5 sacks, two forced fumbles and one interception.

Olson finished his career as the all-time tackles leader at UM, with 397, accomplishing that feat in just two seasons as a starter.

Olson becomes the third Griz to win the award, joining Kroy Biermann and Tyrone Holmes, who won the award in 2007 and 2015, respectively.