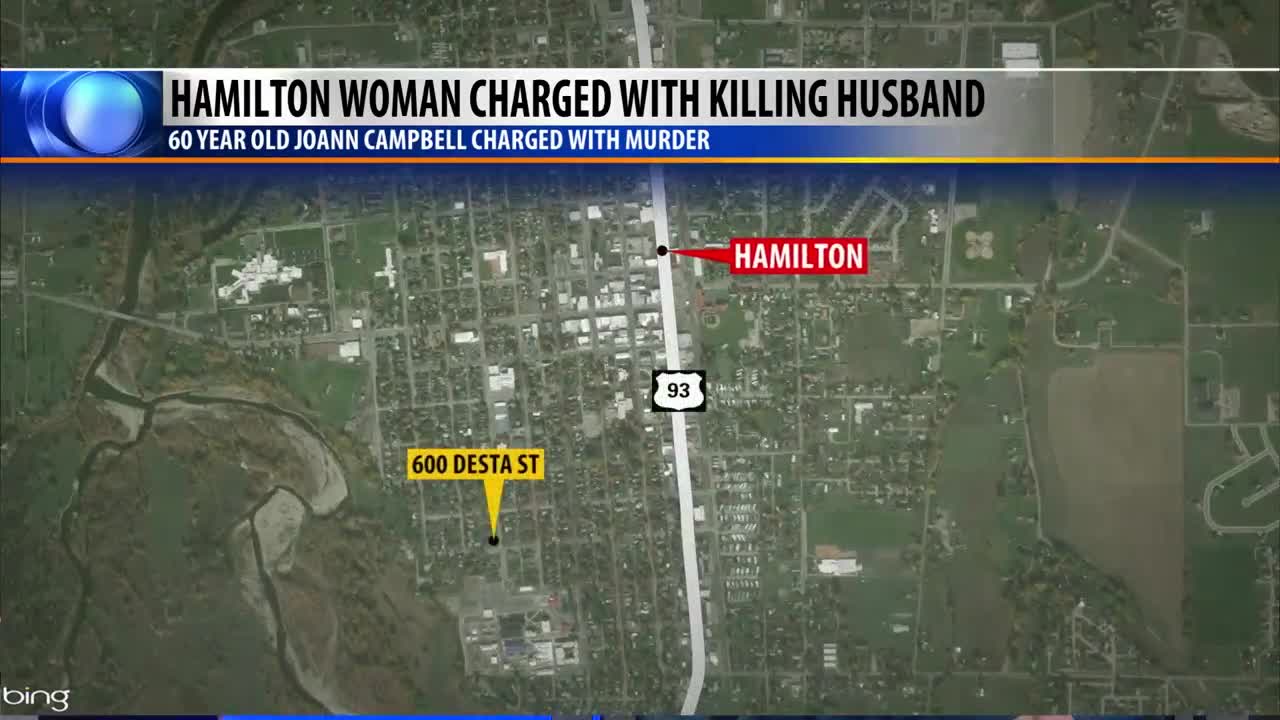 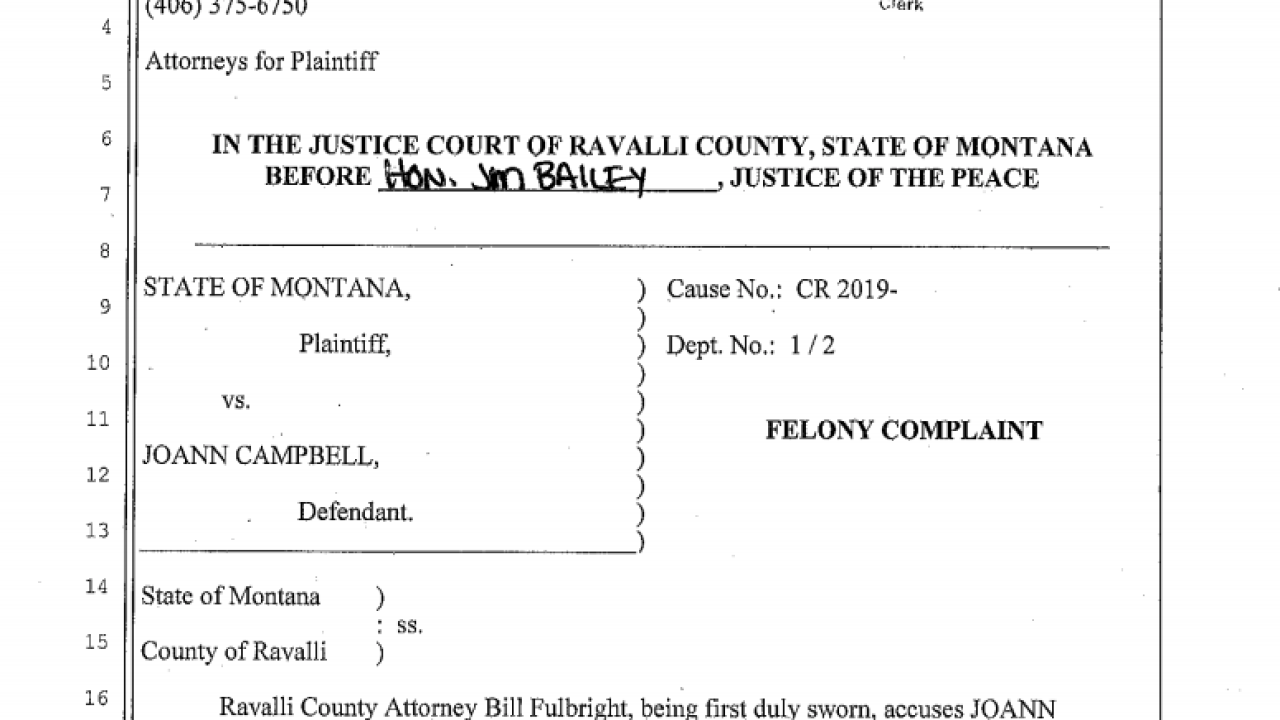 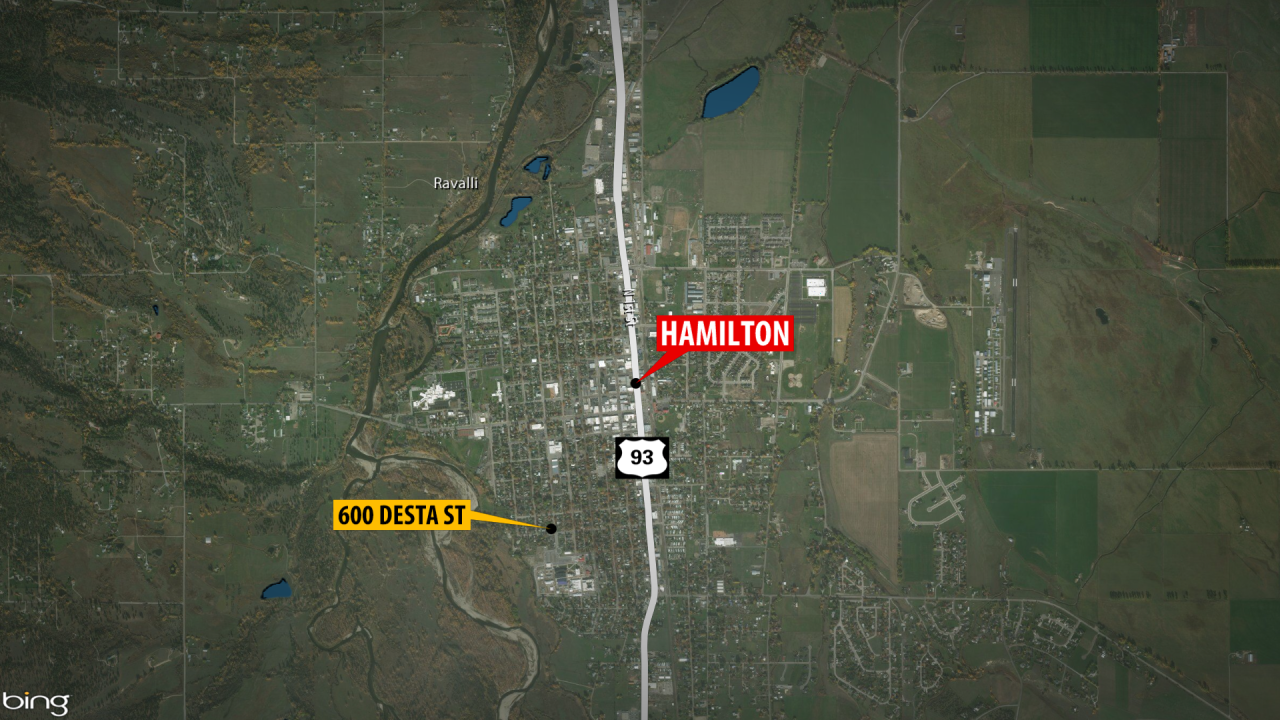 HAMILTON — A Hamilton woman who is charged with killing her husband over the weekend appeared in Ravalli Justice Court on Monday afternoon.

Joann Campbell, 60, is charged with one count of deliberate homicide in the death of her husband , Randall Robert Keller, 58.

According to charging documents, the Hamilton Police Department reports the that Campbell called the Ravalli County 911 Center at approximately at 7:59 p.m. on Saturday and reported that she had just shot and killed her husband at their home located on 600 Desta Street in Hamilton.

The investigation revealed earlier on Saturday, Campbell walked into the Hamilton Police Department approximately 7:15 p.m. to make a report about ongoing physical abuse by Keller.

A Hamilton police officer escorted Campbell to wait in the lobby so he could prepare the interview room. The officer reported that Campbell – who left the police station a few minutes later -- appeared to be intoxicated.

Campbell reported in later interviews with police that Keller had been verbally and physically abusive toward her for the past two years, including assaulting her on Saturday morning, when Keller hit the defendant on her shoulder.

Campbell further told police Keller was also extremely abusive toward her that morning, after which she left the residence for the majority of the day, ultimately coming to the police department to report the ongoing physical abuse by Keller.

Campbell told police she left the police department because she thought Keller would get arrested, that she would have to bail him out of jail, and that she already has paid $20,000 in bail bond for Keller. Keller is the defendant in a pending case of domestic violence against defendant, in which a sentencing hearing was pending.

Campbell reported in an interview that when she returned home after leaving the police department, she sat on her bed which was located in the living room. She reported that 10 to 15 minutes later, Keller entered the hallway adjacent to the living room and began yelling at Campbell, which she reported made her afraid.

Campbell told police she retrieved a handgun from under the bed, struggled for a while “cocking it” and then shot Keller while he was across the room in a hallway that leads out of the living room. She also told police that she called 911 immediately after shooting Keller.

During a search of the home, police found a Ruger 9mm semi-automatic handgun on the end of the bed, and one shell casing was recovered near the bed. Campbell told police she had consumed vodka during the afternoon. Blood samples were sent to the Montana State Crime Lab for analysis.