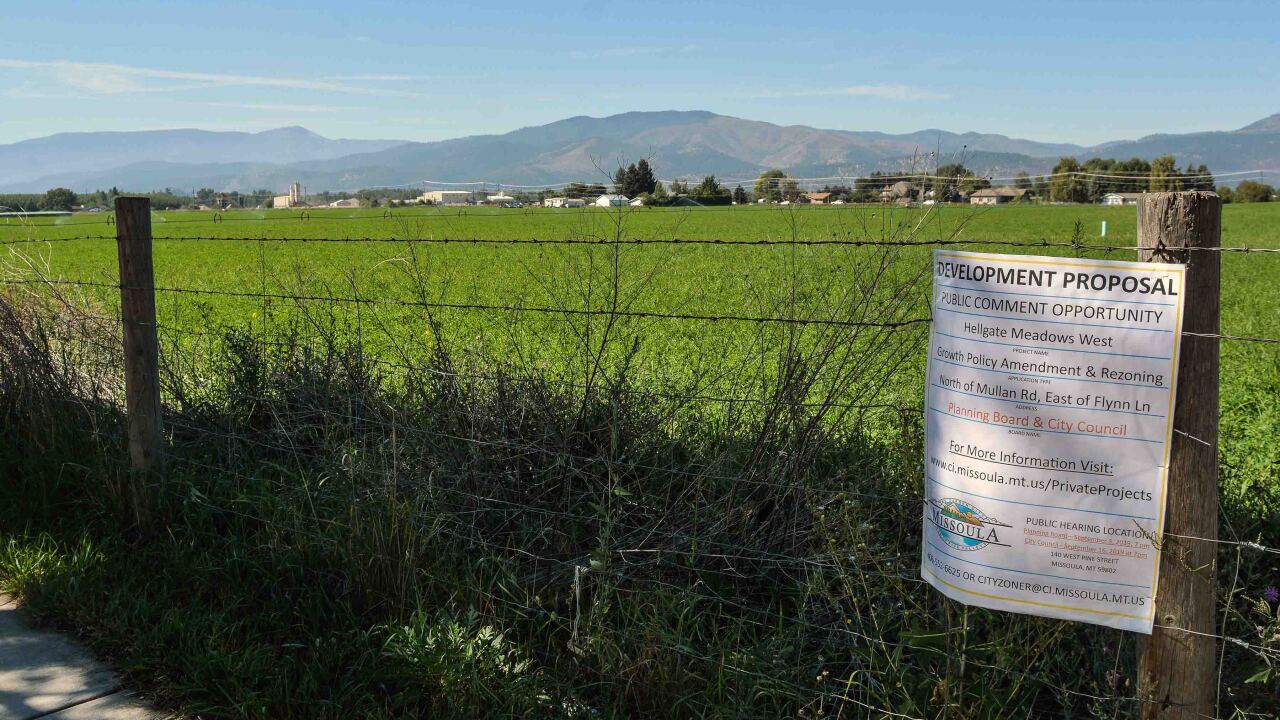 David Stalling/Missoula Current
The 57.5 acres proposed for rezoning and development is north of Mullan Road and east of Flynn Lane, west of Reserve Street.

MISSOULA — A public hearing has been set for a proposed 57 acre housing development north of Mullan Road following a Wednesday decision by the Missoula City Council.

Developers Dave Edgell and Wade Hoyt, represented by WGM Group, have requested a zoning change for the property that would permit higher housing densities with some commercial uses. That would permit a project similar in scale to the adjacent Hellgate Meadows and Pleasant View neighborhoods.

Residents of the surrounding neighborhoods have maintained opposition to the project citing concerns that range from traffic and density to petty crime and feared impacts on the Hellgate School District.

The public hearing is set for Monday, Sept. 23 beginning at 7p.m. in the Missoula City Council chambers.