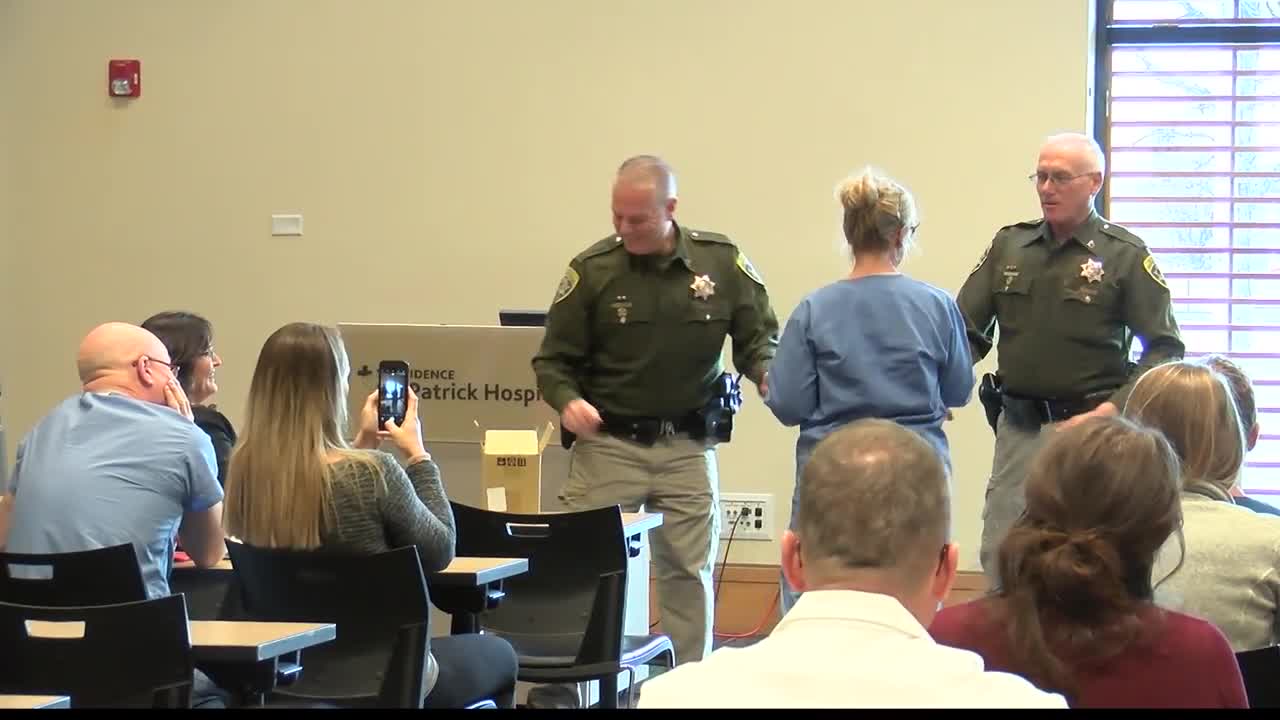 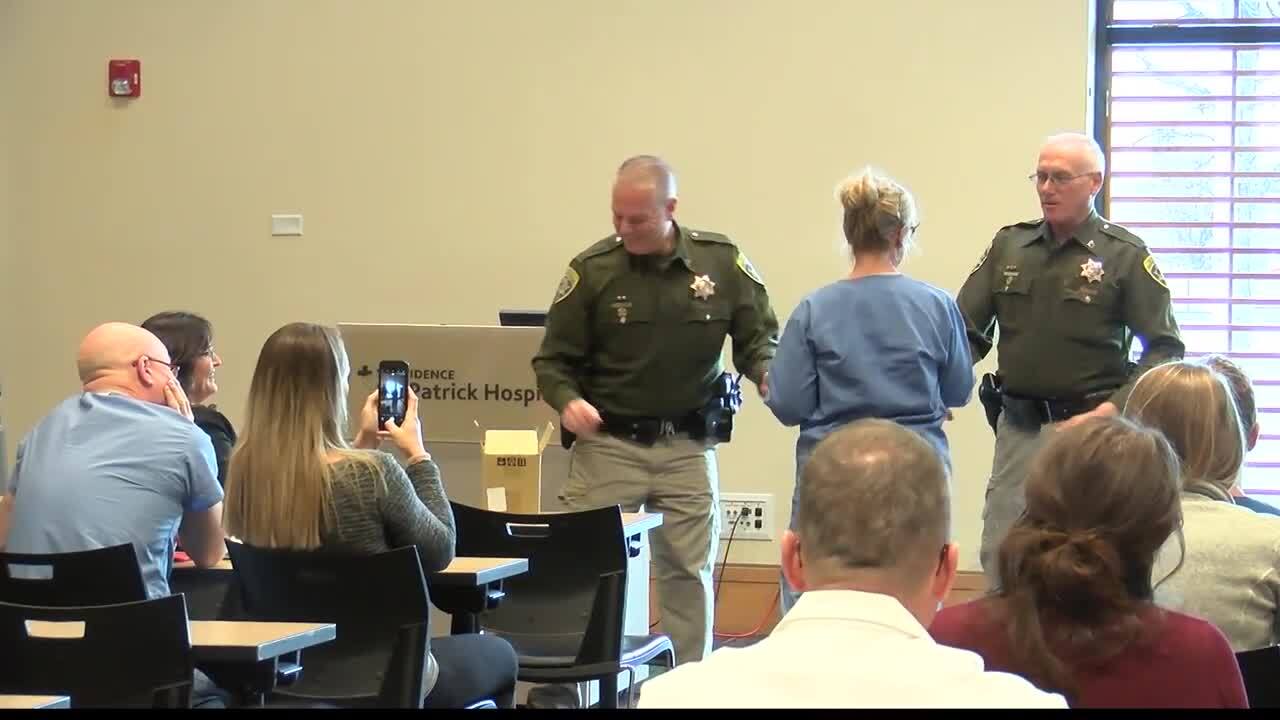 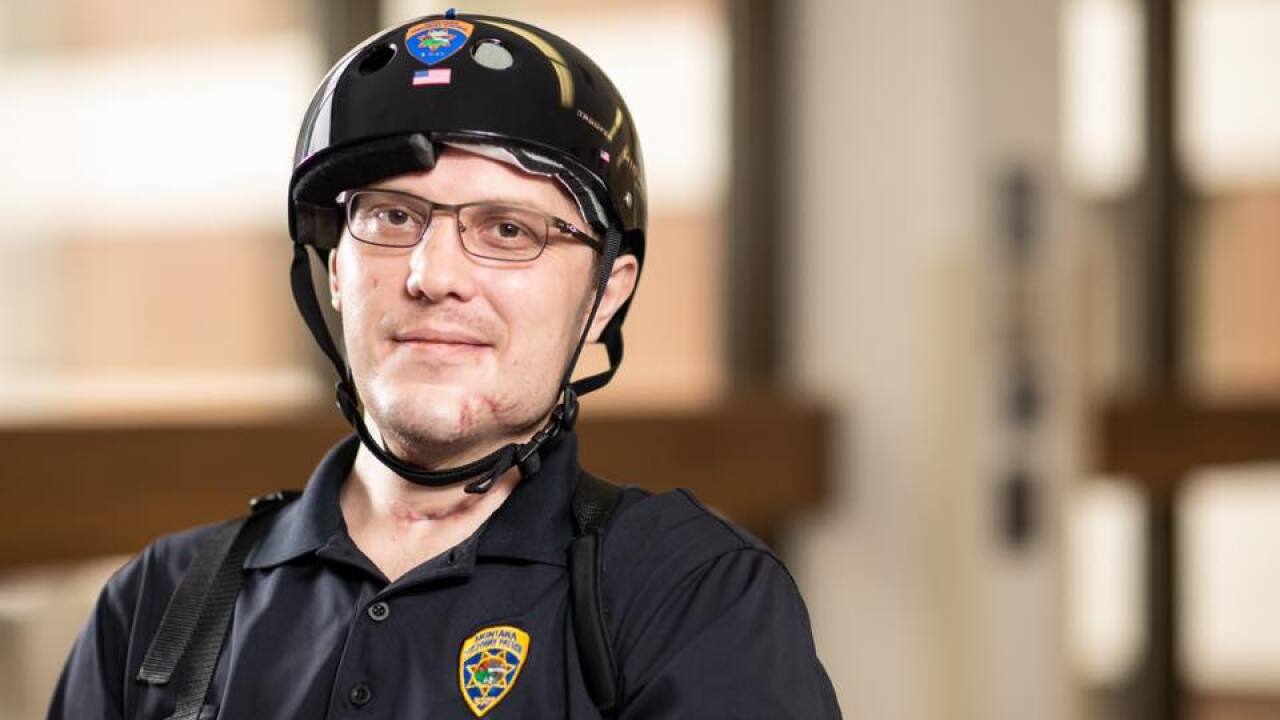 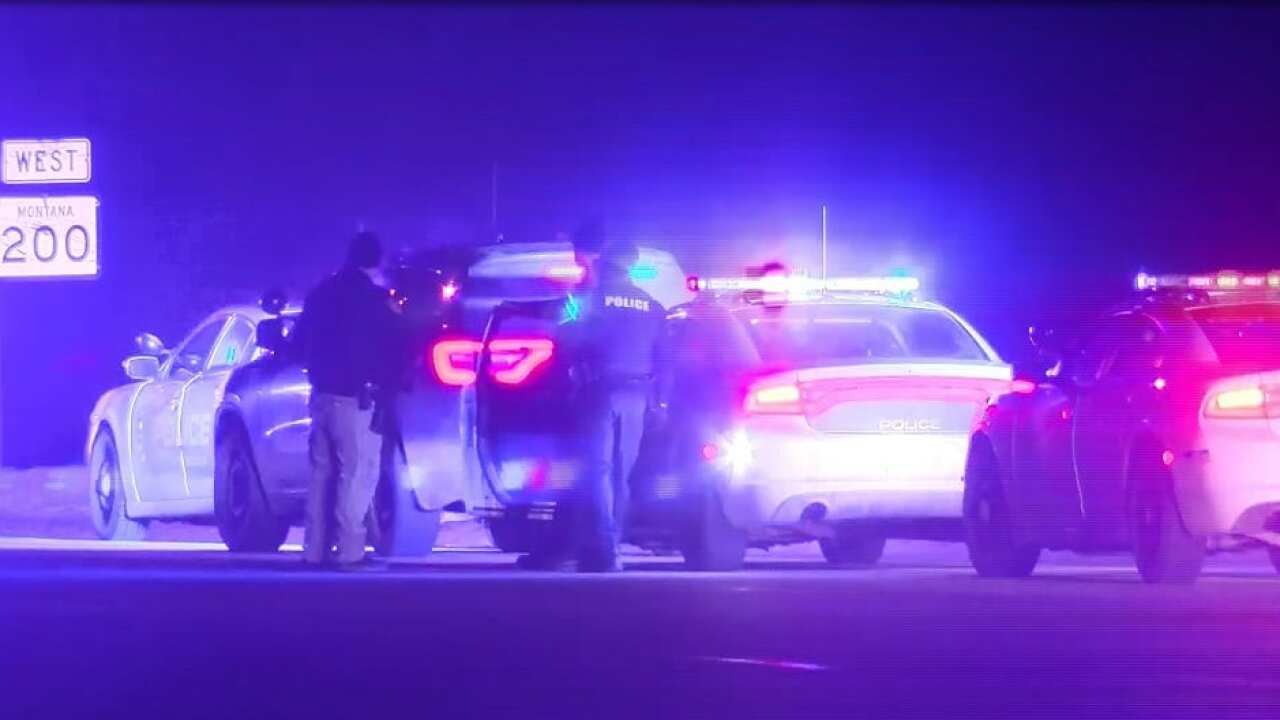 MISSOULA — Nine months have passed since Montana Highway Patrol Trooper Wade Palmer survived being shot in the neck, face, and head while pursuing a suspect near Missoula. That night in March left two people dead and two, including Palmer, in critical condition.

His miraculous recovery from this near-death experience last spring is building bonds that will last a lifetime for the doctors and staff at St. Patrick Hospital.

As Palmer continues to recover, the Montana Highway Patrol wanted to pay special recognition to the medical professionals who played a crucial, life-saving role that night -- one that some have even called a miracle.

Palmer's injuries at one point that night were described as being irrecoverable, but the team at Saint Patrick Hospital worked diligently to keep him alive.

Tragedy struck Missoula on March 15 when three people were shot by someone they were trying to help. Shelley Hays, a father with a 6-year-old at home, and Julie Blanchard a mother and grandmother, would die from their injuries.

After fleeing from the scene, the shooter ambushed Palmer, shooting him in the face, neck and head three times. Palmer would immediately be sent to St. Patrick Hospital in critical condition.

Medical personnel and law enforcement officers gathered at St. Patrick Hospital on Wednesday evening for a ceremony and Trauma Surgeon Dr. Stacie Campo was among the many honored at Wednesday’s event.

She wasn’t on call the evening of the shooting, but upon receiving the alert of an active shooter, she left quickly to help her colleagues on duty. She is one of the dozens of people responsible for saving Palmer’s life.

“I was very proud of my trauma team that evening that we were all able to stay very calm and very focused during our care of Trooper Palmer.”

In addition to the trauma team, countless others were recognized for their care of Trooper Palmer -- Emergency Room doctors and nurses, lab technicians, and other caregivers all received a commemorative coin at the ceremony on Wednesday, something Dr. Campo doesn’t take lightly.

“This token of appreciation is incredibly important to me because it reminds me of what a small community we are and how we can do our best to take care of each other,” she explained.