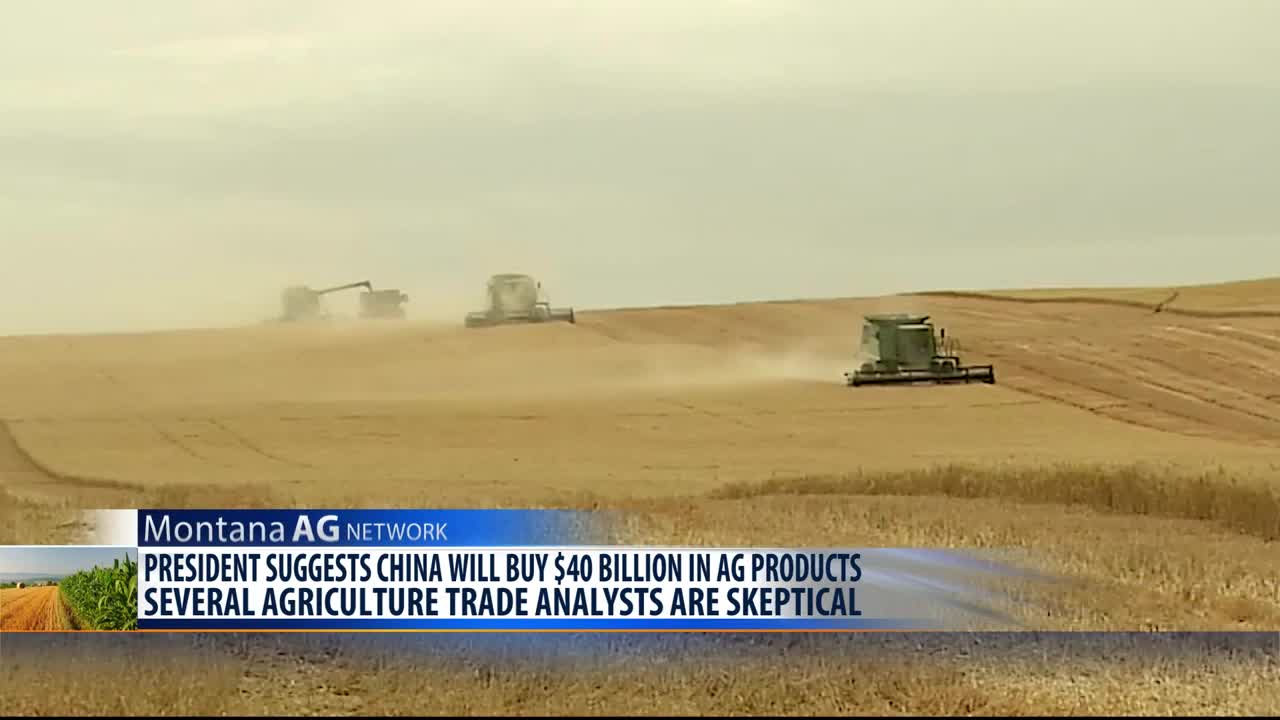 Farmers and ranchers are cautiously optimistic about a trade agreement between the U.S. and China.

Although the White House has not given specifics, the president says China will purchase between $40 and $50 billion worth of ag products. In the past, China topped out around $25 billion.

U.S. Sen. Steve Daines was in China in September working on the trade agreement.

Daines’ office released this statement about the China trade deal: “Steve is glad President Trump is working towards finalizing a deal with China, and looks forward to continuing to work to get this deal finalized."

U.S. Sen. Jon Tester also weighed in. “It's critical that we reach a full, comprehensive deal with China as soon as possible to end the pain this unnecessary trade war has caused Montana's ag producers," Tester said.