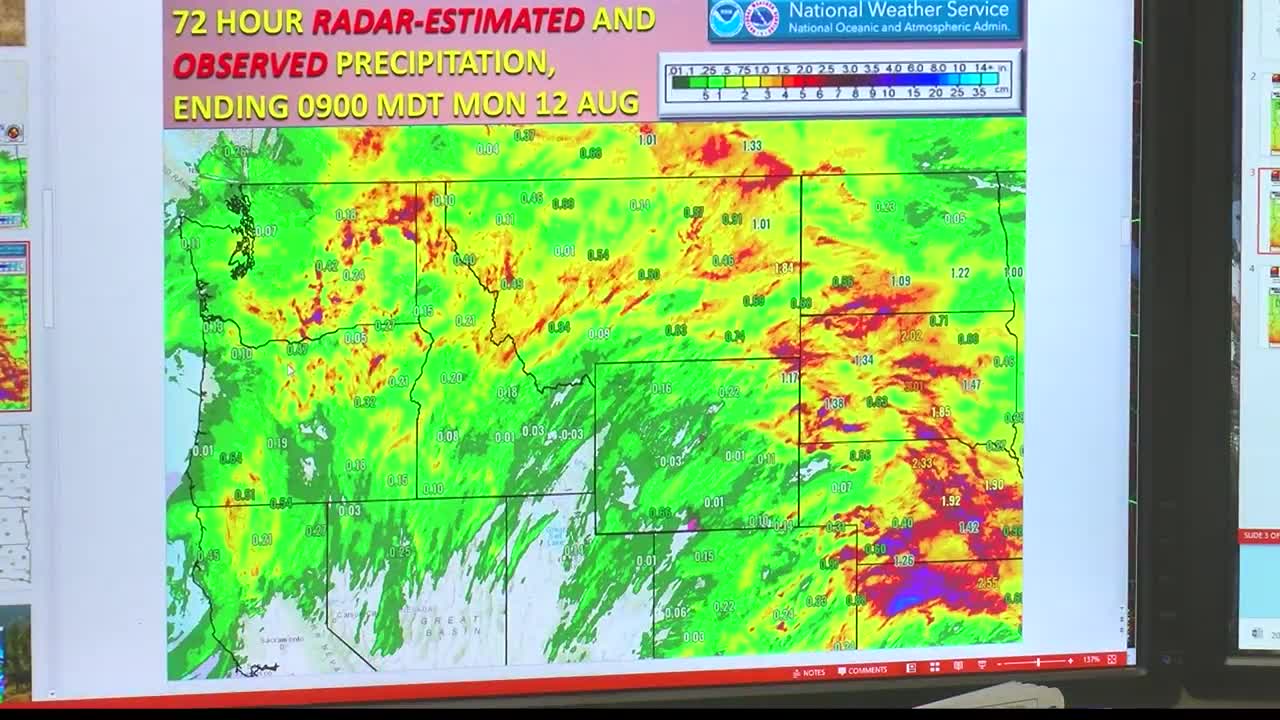 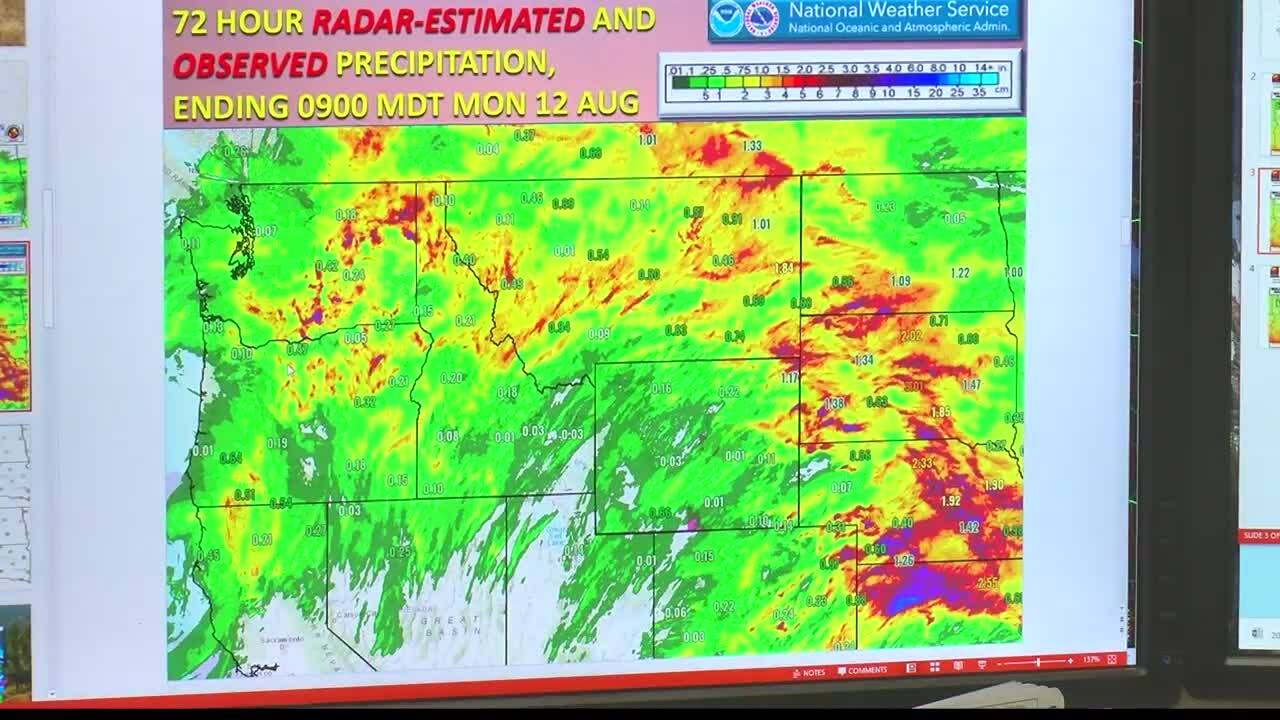 The moisture was especially beneficial as we head into the heart of wildfire season; a wet weather system proves very helpful, if only in the short-term.

“What we are calling it is a “Season Slowing Event.” Just a little bite taken out of fire season in terms of reducing the overall potential for several days, a week or so," explained Northern Rockies Coordination Center Predictive Services Meteorologist Michael Richmond.

NRCC Predictive Services Meteorologist, Michael Richmond, says it’s about a month too early to call it a “Season Ending Event”, but the combination of rainfall, high humidity, and cooler temperatures is vital to the fast drying fuels.

“The dead fuels moisture, all the dead wood and litter on the forest floor, all of that will incorporate more moisture and just become less available to burn and burn less intensely, and then our live fuels, the live vegetation will get a little boost also," Richmond explained.

He explained that the 2019 fire system is -- to this point shaping up very similar to the years of 2004 and 2009. Both years featured wetter and cooler than average Augusts.

But Richmond added that it’s not time to get excited about the idea of missing an intense fire season just yet as a sustained period of hot, dry weather could activate small fires lingering in the terrain.

“For the last several weeks, we’ve had many thousands of lightning strikes all across northern Idaho and western Montana, and there are a lot of holdover fires still out there, so if we do get into a period of very hot and dry conditions, these fires can become active," Richmond cautioned.

The good news for now is the forecast through next weekend features average to below average temperatures with the potential for more rain Friday and into Saturday.